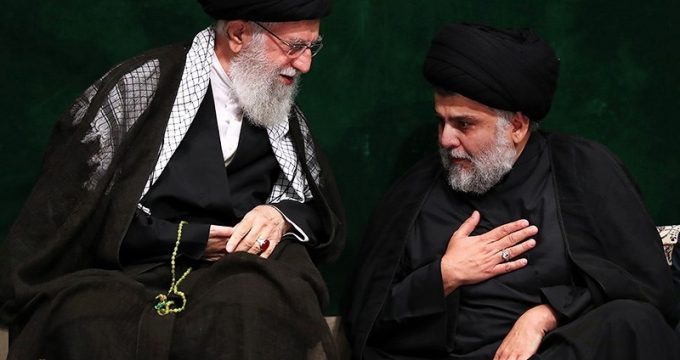 What is Iran’s message in Sadr meeting with Khamenei?

Sadr was seated with Soleimani to his left, both on a cushion on the floor, and Khamenei to his right, on a chair; Maj. Gen. Hossein Salami, the commander-in-chief of the Islamic Revolutionary Guard Corps, sat next to Soleimani. This setting was intended to send a message to Iran’s opponents in the region that Sadr is an essential element of the resistance axis, of which Khamenei is leader and Soleimani military commander.

Kayhan, a hard-line Iranian newspaper close to Khamenei, reported on the bigger picture of what had transpired at the Tehran assembly commemorating the third Shiite Imam Hussein Ibn Ali. In a piece titled, “Resistance axis is on the rise while the enemy is falling,” it introduced Sadr as Iran’s third pillar in the region side by side with Lebanon’s Hezbollah leader Hassan Nasrallah and Yemen’s Ansar Allah leader Abdul-Malik Badreddin al-Houthi.