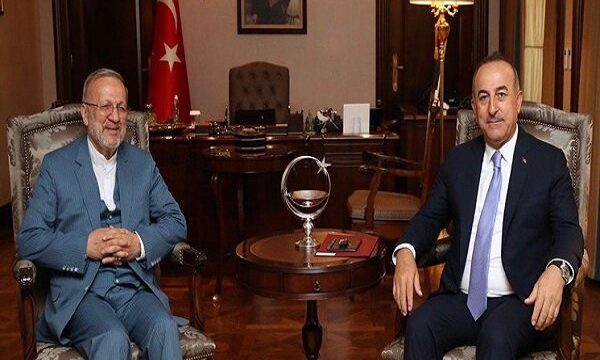 Regional issues can be solved only through regional countries: Cavusoglu

Referring to his visit with Former Iranian Foreign Minister Manouchehr Mottaki, Turkish Foreign Minister Mevlut Cavusoglu said in a tweet, “Complex problems in the region can only be solved through solidarity, cooperation and strong dialogue among Muslim countries”.

Also, Iranian Foreign Minister Mohammad Javad Zarif and his Turkish counterpart Mevlut Cavusoglu met and held talks on the bilateral issues, including the implementation of previous agreements between the two countries in the economic field, as well as regional and international issues in particular those related to Syria and Yemen in addition to the recent incidents in the Persian Gulf on June 2019 in Isfahan.

The relations between Iran and Turkey have always been peaceful since the establishment of the modern states. Iran and Turkey are major trade partners. Turkey and Iran have heavy mutual influence on each other, due to geographical proximity, linguistic and ethnic relation. Both countries insist on resolving regional issues by regional countries and not involving foreign countries.