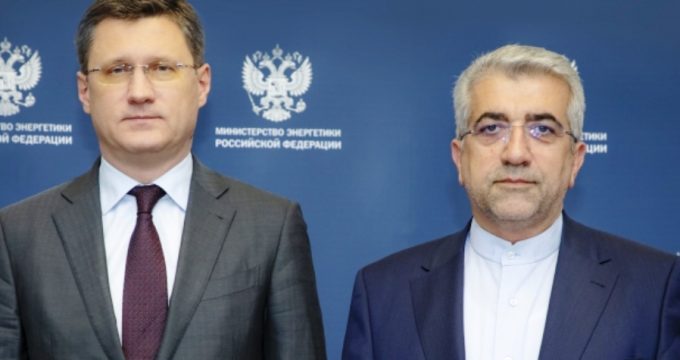 Tasnim – Iranian Energy Minister Reza Ardakanian and his Russian counterpart, Alexander Novak, exchanged views about a host of issues, including ways to boost cooperation between the two countries in economic and energy fields.

In a telephone conversation on Friday night, Ardakanian and Novak discussed the current status and prospects of cooperation in various areas, including investment and energy, the Russian-language RIA Novosti news agency reported.

The Russian minister said he believes that implementation of the agreements reached in the two sides’ meeting in Isfahan in July can help strengthen mutual cooperation and increase bilateral trade.

In a meeting earlier in Moscow on September 2, the two ministers stressed the need for accelerating implementation of the joint projects.

Ardakanian and Novak are the co-chairmen of “the Russian-Iranian permanent intergovernmental commission” on trade and economic cooperation.

In November 2018, the ministers discussed joint projects, including the Sirik thermal power plant in Iran and the electrification of the Garmsar-Incheboron railway section.

According to Novak at the time, ten working groups were operating in the framework of the intergovernmental commission, including groups for the fields of transport, finance and energy.

Fifty joint documents have been signed in recent years in order to create a solid legal and regulatory basis for bilateral cooperation, he said.