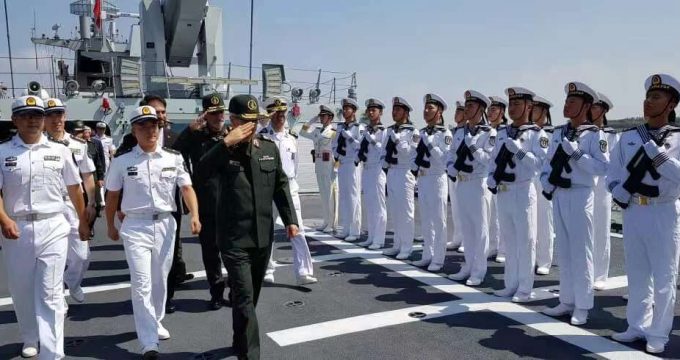 IRNA – Iran’s Chief of Staff of the Armed Forces Major-General Mohammad Baqeri toured Shanghai Naval Base on Friday as part of his visit to China.

General Baqeri visited the equipment and different vessels of Shanghai Naval Base.

Baqeri, who traveled to Beijing on Wednesday for a three-day visit upon an invitation by his Chinese counterpart, arrived in the port city of Shanghai on Thursday evening.

Upon arrival in Shanghai, the Iranian general and Shanghai military region commander sat down for talks in Shanghai late on Thursday.

During the meeting, Shanghai military region commander said that presence of General Baqeri will bring strategic fruits for the two countries.

Referring to the ancient ties between the two countries, he said that Iran-China friendship is rooted in the history and is unbreakable.