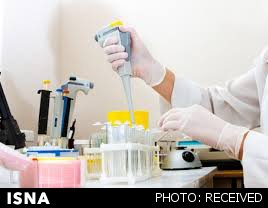 As a result of the draconian sanctions, Iranian scientists have been denied opportunities to publish their findings, attend meetings, and access essential supplies and information, the publication said.

According to the weekly peer-reviewed medical outlet, such bans are to the detriment of international collaboration and nations’ ability to respond to health crises and narrow inequalities.

The current US administration announced sanctions on Iran after withdrawing from a landmark nuclear deal in May 2018. Although they are engineered in a way that may appear not to target civilian sectors, in practice US sanctions function as a tool of economic war.

The economic and health impacts of sanctions have been far reaching, extending to the greater Middle East region and affecting research and publishing as well, BMJ Global Health said.

International agencies and institutions mostly shun collaborating with Iranian entities because of the added threat of criminal prosecution by the United States.

But the blockade on currency exchange has prevented the payment of fees for publishing open access articles, registration at conferences, and membership of professional organizations, it said.

This has prompted many high impact journals and publishers to refuse to handle research papers from Iran, which in turn stymies academic career development.

“Being blocked from publishing, forced to publish in lower impact journals and obstructed from presenting at international meetings prevents or delays academics from reaching institutional benchmarks for career advancement,” the journal wrote.

“Available evidence suggests that academic boycotts are not successful tools to achieve political ends”, but they do affect the healthcare of the vulnerable and disadvantaged.

“We conclude that academic boycotts violate researchers’ freedoms and curtail progress. Free exchange of ideas, irrespective of creed, is needed to optimize global scientific progress,” the writers of the analysis said.

Iran’s minister of science, research, and technology said in May that the United States was luring Iranian scientists to the country and then arresting them.

The US, Mansour Gholami said, has identified a number of Iranian professors, who have conducted research in certain areas, published relevant scientific articles, and ordered and bought laboratory equipment.