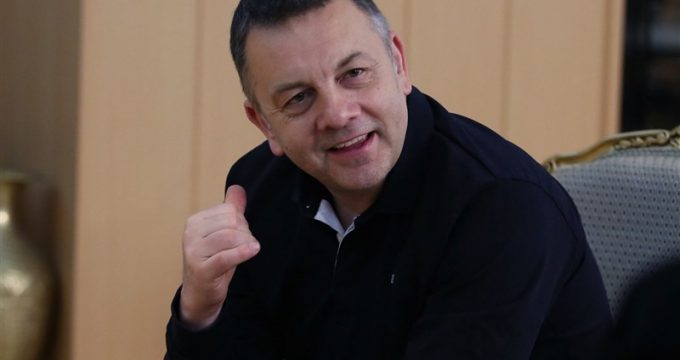 MNA – Head coach of Iran national volleyball team said that Team Melli aims to lift the trophy of the 20th Asian Senior Men’s Volleyball Championship in front of its fans in Tehran.

“Our goal, of course, is to win the Asian title. We want to earn the gold medal in front of our own fans but we should go step by step. We will take on Sri Lanka in the first step and then face other rivals,” Igor Kolakovic said Wednesday after holding a friendly match against Australia in Tehran.

Pointing to the friendly match against Austalia, he said that “At the beginning of the game with had many ups and downs but in the middle of the match everything improved and we won the game 3-0 eventually. I think that our team is ready.”

The 20th edition of Asian Senior Men’s Volleyball Championship will kick off on Friday in Tehran, Iran.

Iran is pitted along Sri Lanka, Australia and Qatar in Group A of the event which will go through September 21.

Team Melli will start the campaign with a match against Sri Lanka on Friday and will meet Qatar and Australia on Saturday and Sunday respectively.

16 teams compete in 4 groups to determine the continental champion. Also, eight best teams of the event will advance to 2020 Men’s Asian Olympic Qualification Tournament in China’s Jiangmen in January where the winner will win the Olympics quota.