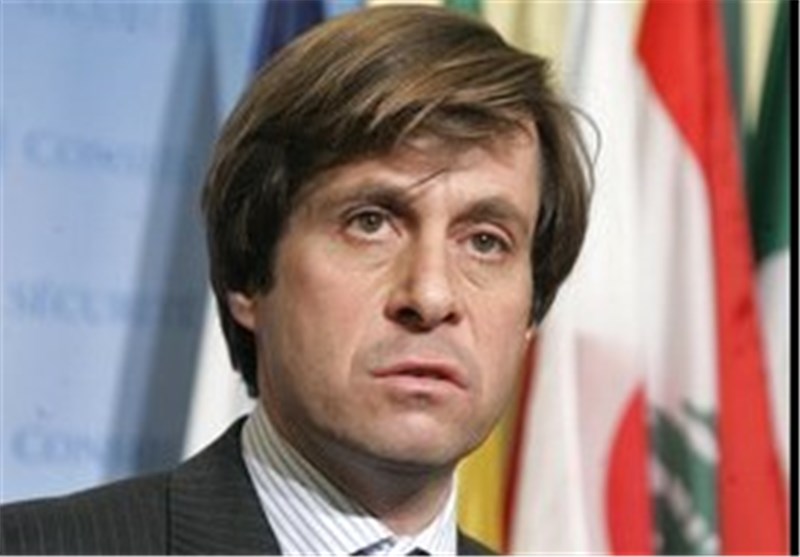 France trying to save and implement JCPOA: Envoy

Speaking to reporters, de Rivière said that France, in the framework of three European countries, is trying hard to preserve the JCPOA.

He noted that his country is also trying to solve or deescalate tensions in the Middle East, adding that Paris is to hold talks with all European partners and the US in this connection.

Earlier, Former Ambassador of France to the United States Gérard Araud said US’ exit from the nuclear deal with Iran and its imposing sanctions on the country were the cause of Iran’s decision to reduce its commitments.

He made the remarks in reaction to what the US Secretary of State Mike Pompeo tweeted on Friday claiming that “Iran announced it will violate all limits on nuclear research and development. The fact that Iran retains massive uranium enrichment capacity reveals a core weakness of the Iran deal.”

On the first anniversary of the US withdrawal from the deal on May 8, 2019, Tehran decided to reduce its commitments to the JCPOA, based on Article 26 and 36, and set a deadline for Europeans to remedy breaches.

Earlier, President Hassan Rouhani said that the government is moving on the right path by reducing its nuclear commitments, stressing that Tehran cannot be patient while the other parties fail to stick to their commitments.

Meanwhile, French President Emanuel Macron in a recent phone conversation with Iran President Hassan Rouhani said that his country will keep up its efforts to help implement the JCPOA and rich an understanding.

He also explained his country’s upcoming plans to continue talks and rich a deal.