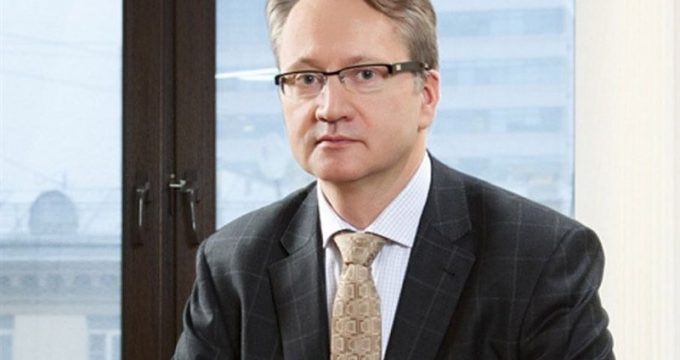 Tasnim – A Finnish political economist and author hailed Iran’s third step in reducing its commitments under the 2015 nuclear deal, known as the Joint Comprehensive Plan of Action (JCPOA), and said it would force the European Union to stop its foot-dragging on the deal’s implementation.

“Iran’s third nuclear step would force the EU leaders to stop dragging their feet on this (the implementation of the JCPOA) and finally decide on which side they want to stand,” Jon Hellevig said in an interview with Tasnim.

Jon Krister Hellevig is a Finnish lawyer and businessman who has worked in Russia since the early 1990s. Hellevig was a candidate in the European parliament election in 2014. He is the managing partner of the Moscow-based law company Hellevig, Klein & Usov. Hellevig has written several books, including Avenir Guide to Russian Taxes (2002, 2003, 2006 English and Russian editions); Avenir Guide to Labor Laws (2002, 2003, 2006 English and Russian editions). Expressions and Interpretations, a book on the philosophy of law and the development of Russian legal practices; Hellevig takes actively part in public discussion of current affairs and social structure contributing with articles and commentary in the media. He regularly lectures at international seminars on various topics.

Tasnim: A year after the US withdrawal from the 2015 nuclear deal and the European Union’s continued failure to ensure Iran’s economic rights under the deal, Tehran stopped honoring certain commitments in accordance with the text of the international accord. On Friday, the Islamic Republic took “the third step” in reducing its obligations under the JCPOA. It seems that these steps have had some good results as the European side is endeavoring to save the deal. What is your assessment of the outcomes of Iran’s nuclear steps and especially the third step?

Hellevig: As a lawyer familiar with international law, I would start with giving some legal background to this question, which the parties have not wanted to voice. The thing is that the JCPOA was a multilateral agreement, where all the signatories were bound to it as enforced by the UN Security Council. Now, as the United States has unilaterally withdrawn from it, the agreement is technically not binding for any of the parties any longer, including not for Iran. Therefore, Iran has the right to act as it pleases not bound by any contractual obligations to anybody. In essence, what is now happening is that Iran, out of goodwill, is trying to renegotiate the agreement with the signatories of the original JCPOA minus the US.

This being the case, Iran has every right to announce to the European Union that its patience of adhering to the spirit of JCPOA is waning. Iran’s third nuclear step would force the EU leaders to stop dragging their feet on this and finally decide on which side they want to stand.

Tasnim: As you know, Iran’s policy of “active resistance” against US bullying and unilateralism has borne good results. In the latest instance, Iran’s supertanker Adrian Darya, formerly known as Grace-1, was recently released by the government of Gibraltar despite a US request to continue its detention. In another development, the US recently announced plans to create a new security initiative in the Persian Gulf by forming a coalition against what it calls an Iranian threat. The US has asked its allies, including Germany, Japan, France, to join the coalition but the call has not been warmly welcomed by them. What do you think about Iran’s policy and the concept of resistance?

Hellevig: I have publicly stated already a year ago that the ultimate risk that the Iranian resistance poses to America is a military conflict in the Hormuz Strait, which could escalate to a full blockage of all oil transport through this waterway. This, in turn, would shoot the oil price through the roof and as a consequence cause the mother of all financial crashes on Wall Street. The American economy has already been deemed by all smart and independent experts to be approaching a recession and possibly a severe depression, therefore the risk is bigger than ever. That would kill Trump’s reelection hopes for sure. Therefore, the Trump administration really is forced to walk a tightrope between playing tough and not letting the situation explode.

Iran has been right to show that it is prepared to use force in reply, and indeed doing so. The Trump regime acts like a schoolyard bully and the only language they will understand is might.

Tasnim: Despite Washington’s policy of “maximum pressure” and its most severe sanctions against Tehran, the Islamic Republic has been able to control prices and inflation in the country through adopting certain financial strategies which are in line with the policy of “resistance economy”. What is your take on that? Do you think that the resistance will work in the future?

Hellevig: Trump loves to brag about how he has destroyed the economy of this and that country, not only Iran but China, too, and others. But it is all empty talk catering to his core constituencies. Iran has mounted an extraordinary resistance and will not fail. Iran has so much going for it, a self-sufficient agriculture, medical and pharmaceutical industry and technology sectors backed up by the by far strongest scientific base in the region.

In addition to that China and Russia are standing by Iran and not only maintaining but improving economic ties and increasing investments. For example, following (Iranian) Foreign Minister Zarif’s visit to China in August, the countries updated the mega deal concerning $400 billion of Chinese investments to the Iranian economy over the next 25 years. China also continues to buy Iranian oil and hereby ignoring US threats. Concerning Russia, Iran signed the temporary agreement of a free trade zone by the Russian sponsored Eurasian Economic Union. That opened up a huge market for Iran, and vice versa. Russia recently offered an alternative route for Iran to transport its oil to the Mediterranean Sea countries. There is increasing technological and other cooperation with Russia. After the Iranian economy has fully adjusted to the initial shocks caused by the US withdrawal, everything should normalize and the economy start growing again.

Iran will survive without the EU getting its act together, but it could be a huge blow for the hapless EU. Let’s hope they will come to their senses.