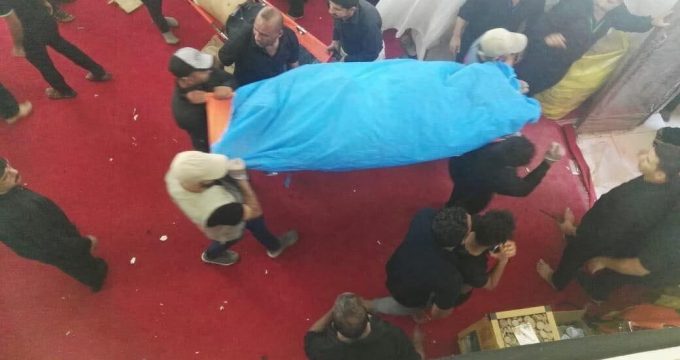 One Iranian pilgrim dies of injures in Karbala stampede

IRNA – One of the four Iranians who had been injured on Tuesday in a stampede in Karbala, Iraq, passed away on Wednesday.

The pilgrim, Hossein Khavari, 31, passed away on Wednesday, said the representative of medical center of Hajj and Pilgrimage Organization of Khorasan Razavi Province.

The mourning ceremony is held annually to commemorate the martyrdom of Imam Hussein (AS), the third Imam of Prophet Mohammad (PBUH) Infallible Household.

“According to the latest information, four Iranian pilgrims have been injured in the stampede,” Deputy Chairman of the Hajj and Pilgrimage Organization Akbar Rezai told IRNA earlier on Tuesday.

Three of the wounded are from Isfahan and Qom provinces. The four are all men, according to the Iranian diplomatic officials in Iraq.

A walkway barrier collapsed causing stampede in the Iraqi city of Karbala as thousands of Shia Muslims marked one of the most solemn mourning days of the year.

At least 33 people were killed and about 100 were injured, officials said on Tuesday. At least 10 among the wounded pilgrims were in critical conditions.

It was the deadliest stampede in recent history during Ashura commemorations, when hundreds of thousands of people converge on the city, about 80km south of Baghdad, for the occasion every year.