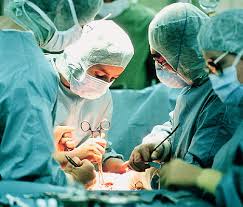 MNA – Iran targets to promote medical tourism and attract more international patients this year. The industry grew between 10% and 15% over the last year.

“The number of medical tourists who entered the country in 2018 has increased by 1.5 times, compared to 2017. This number is estimated to be doubled by the end of 2019,” the head of the Medical Tourism Office of the Ministry of Health and Medical Education of Iran, Saeid Hashemzadeh, told ISNA in August 2019.

According to another report by Iran Front Page, Iran has seen a significant increase in the number of medical tourists entering the country only in the first four months of the current Iranian year (March 21 – July 22), reaching to the figure of 600,000 which is equal to the total number of received patients during the whole past year.

With such an unheard record, Iran has set its foot in the appealing market of health tourism in the hunt for the title of “plastic surgery hub of Asia”.

Broadening the medical tourism horizons to draw more appeal to this sector, the country’s government has held various national and international events, conferences, and exhibitions on health and health tourism.

One good example is the second international health tourism confibition of ECO countries which was held in June 2019 in Ardabil, Iran. The event brought together top officials and operators of ECO countries in the field of tourism and healthcare.

“Iran aims to become the medical hub of the Middle East, providing various types of medical and cosmetic treatments to citizens of neighboring countries”, Dr. Iraj Harirchi, the deputy of Iran’s health minister, said in the official opening of this event.

Among the areas that Iran excels at are rhinoplasty and nose surgeries, body sculpting procedures, face-lift, chin implants, and hair transplants, as well as cardiology, fertility, and orthopedics.

The reason behind this phenomenal growth

One of the prime reasons encouraging patients to travel to Iran is the affordable costs the country offers to foreign medical tourists.

At present, medical treatments in Iran are provided at very reasonable prices. For instance, one can get an eye surgery at a cost 2 to 3 times lower than the cost of the same procedure in a western country.

The prices for cosmetic and plastic surgeries in Iran are even lower. These prices are not only affordable but also competitive if you cast an eye on the cost of the same procedures in other countries, even those claiming to have the most competitive pricing like Malaysia, India, and Turkey. For example, a nose surgery in Iran costs 30% to 80% lower than the same surgery in other places like America, England, Germany, and India.

The low cost of cosmetic procedures comes from the devaluation of Iranian currency against dollar and euro. This devaluation has been intensified as the president of the United States withdrew from the nuclear agreement and imposed economic sanctions on the country. And now, what has set the country in a desperate situation of economic distress turns out to be a benefit for the citizens of other countries as they can travel to the Middle Eastern country and get their treatment here at an unbelievable cheap price.

The demand for plastic surgeries is high among Iranian people

It’s not only the number of medical tourists fueling the plastic surgery industry in Iran. Iranian men and women have also caught plastic surgery fever in recent years, making the country the capital of rhinoplasty in the world and one of the top plastic surgery destinations. Going under the knife for a beauty enhancement procedure is now widespread among Iranian nationals.

One of the main factors playing a significant role in this growth is the availability of well-trained and experienced doctors, surgeons, and specialists in Iran. Surgery results are satisfactory and people usually do not experience major post-operative complications.

The demand for plastic surgeries is so high that it has made the Iranian surgeons so prolific in their area of specialty that some of them have more than 5 operations per day.

The popularity of Iranian plastic surgeons has also brought many celebrities to this land in the past decade. Examples are Pixee Fox and Rodrigo Alves.

Pixee Fox is a 28-year-old Swedish model who has had 200 plastic surgeries so far to bear the nickname of “living cartoon”. She traveled to Iran for a revision rhinoplasty and only then she got the nose shape she always wanted to have. The same is true for Rodrigo Alves, a famous television figure known as “Human Ken Doll”. He came to Iran and underwent his 10th nose job in a private hospital in Kish Island.

In addition to rhinoplasty, Iran’s ranked among the 10 top countries in terms of the number of plastic surgeries performed. Whatever the motivation, Iranian people have topped among other nations in terms of their willingness to undergo such surgeries.

Stepping into a cosmetic clinic in Tehran, one can see a considerable number of people who have lined up to get the shape of their body corrected or their profile improved. And, it may take you by surprise that even teenagers are looking for such beauty enhancement procedures. According to a report published by the Guardian, even girls and boys as young as 14 are having cosmetic procedures, hoping to look like their ideal Hollywood stars.

Among the various procedures Iranian nationals are interested in, rhinoplasty, liposuction, breast implants, breast reduction, fat transfer, otoplasty, blepharoplasty, Botox, and dermal fillers are most popular. This list gets longer when it comes to patients from other countries who choose Iran for cosmetic procedures as well as various medical treatments like eye surgery, dental implants, and orthopedic and fertility treatments.