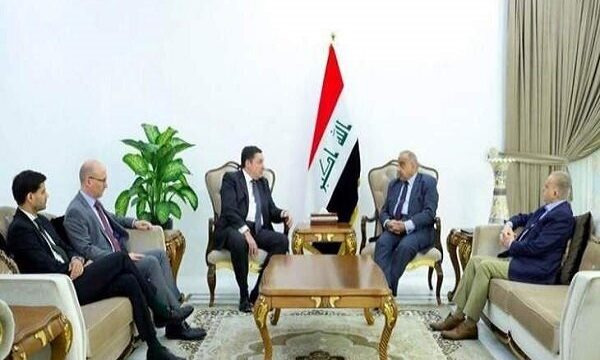 MNA – Iraqi Prime Minister Adel Abdul Mahdi on Saturday discussed the Iranian nuclear case and ways to find peaceful solutions to avoid risks of tensions with the ambassadors of Britain, France and Germany.

A statement by his office said that Abdul Mahdi received the three ambassadors in Baghdad, and “discussed with them cooperation and coordination on various issues of common concern, foremost of which is the nuclear file crisis.”

Both sides expressed “identical position toward reducing escalation and reaching peaceful solutions to avoid more risks in the region and in the world,” according to the statement.

The meeting came amid tensions in the Middle East region between the United States and Iran, as Iraq previously offered mediation in the crisis.