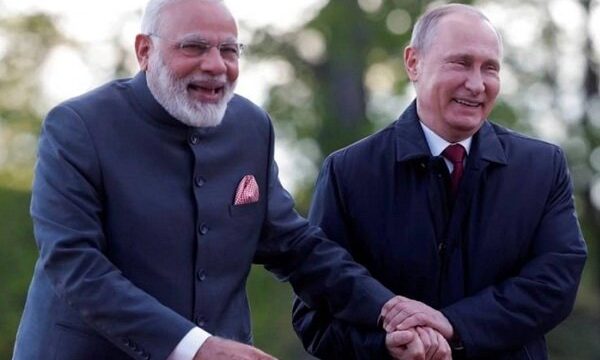 Russia, India vow to keep on economic co-op with Iran

MNA – According to a joint statement adopted Wednesday after the Russian-Indian summit, Russia and India are to continue their trade and economic cooperation with Iran, which they qualify as mutually beneficial and legitimate.

“The sides acknowledge the importance of full and efficient implementation of the Joint Comprehensive Plan of Action on the Iranian nuclear program for ensuring regional and international peace, security and stability. They confirm full commitment to Resolution 2231 of the UN Security Council”, the statement read.

Russia and India maintain that the crisis must be resolved peacefully; thus, both countries have expressed determination to continue legitimate trade and economic cooperation with Tehran.

Moscow and New Delhi also signed several agreements, including a strategy for boosting cooperation on trade, economy and investment.

According to the joint declaration, Russia and India would continue promoting trade in national currencies.

“Work will continue to promote a system of mutual transactions in national currencies”, they said.

The summit was held in Russia’s Vladivostok, which is now hosting the Eastern Economic Forum.

Iranian Foreign Minister Mohammad Javad Zarif has said Monday that Iran has been able to hold regular and constant talks with Russia over the past six years, adding that the Iran-Russia relations are in the interest of international peace and security.

Mohammad Javad Zarif made the remarks after his visit to Moscow and holding talks and a joint press conference with his Russian counterpart Sergey Lavrov on Monday.

Zarif said that Iran-Russia relations have been growing to a considerable degree over the past six years.

Zarif said that the today’s cooperation between Iran and Russia on bilateral, regional and international stages is in the interest of the region and international peace and security, and certainly, in Iran’s interest.