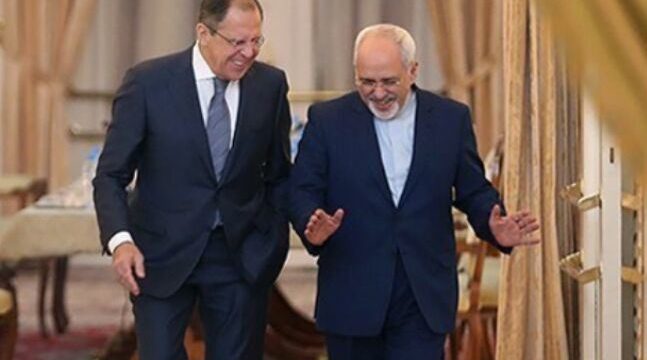 Intel: How Russia and Iran are drawing closer on Persian Gulf, Syria

Al-Monitor | Maxim A. Suchkov: Russian Foreign Minister Sergey Lavrov hosted his Iranian counterpart Mohammad Javad Zarif on Monday for wide-ranging talks on everything from the 2015 nuclear deal and the conflict in Syria to Gulf tensions and the wars in Yemen and Afghanistan. In the run-up to the meeting, the Russian Foreign Ministry stressed the importance of “the tradition of good neighborly relations and mutual respect” between the two countries and highlighted the fact that Presidents Vladimir Putin and Hassan Rouhani have met twice this year.

Why it matters: Iran is at the center of increasing tensions across the region, from the slow implosion of the nuclear deal to attacks on shipping in the Gulf and Israeli attacks on Iranian proxies in at least three countries. Zarif’s trip to Russia is part of a weeks-long tour of Europe and Asia to try to secure some support against US President Donald Trump’s maximum pressure campaign.

Russia, in turn, is enthusiastic about promoting its version of a multilateral plan for Gulf security that incorporates Iran while seeking an end to its costly intervention in Syria. Progress on both the military and political tracks remains elusive, and Moscow is eager to have Iranian support ahead of this month’s trilateral summit of the Astana peace process partners — Russia, Iran and Turkey — in Ankara.