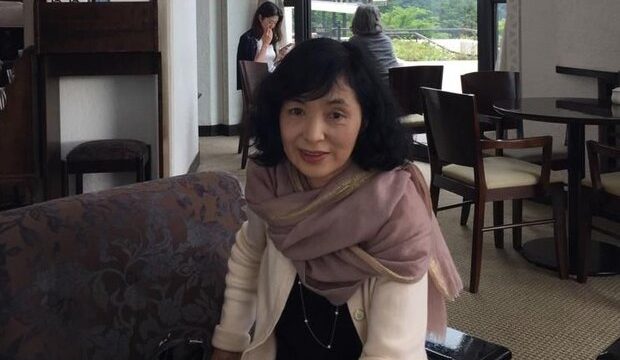 US move to form coalition in Persian Gulf ‘not feasible’: Japanese prof.

MNA – Hisae Nakanishi, a professor of International Relations of the Middle East at Doshisha University in Japan, believes that the United States’ move to form a maritime coalition in the Persian Gulf is “unwise and even not feasible”.

“The US hopes to encircle Iran by the cooperation with those states which the US considers its allies in the Middle East and by pressuring Iran. I consider this US move unwise and even not feasible. So far, a limited number of the states have joined the coalition and many other states are prudent not easily expressing their desire to join,” she tells the Tehran Times in an exclusive interview.

Nakanishi says this decision by the US is not isolated from a series of the Washington’s unilateral actions.

“It started from withdrawal from the JCPOA [the official name for the 2015 nuclear deal] in May 2018. The US major objective is to increase tension in the Persian Gulf that serves for Trump’s gaining more votes for the 2020 Presidential Election,” she said.

Nakanishi also said that it is a wise decision by major countries who have refused to join the coalition, noting supporting such a coalition means supporting “illegality in international law”.

“It is wise for the major countries to have refrained from joining the coalition including Japan and Germany. The current tension in the region started from the US breaching international law by abandoning the JCPOA. Thus, participation in the coalition has a serious ramification: it would mean to support the illegality in international law,” she stated.

She added, “As Prime Minister Abe of Japan clearly stated during his visit to Iran in June and at the time of the latest G7, Japan does not hope to see conflict in the Persian Gulf and hopes that Iran plays a constructive role in securing peace in the region. Moreover, the participation of Japan’s Self Defense Army is not legally supported in Japan’s constitution. It goes without saying that Japan and Iran have historically maintained a good relationship. So, it was a natural decision for Japan not to join the coalition.”

Commenting on participation of Israel, the UK and Australia in the coalition, she said what is important for those states is to express their support for the US

“As a matter of fact, it is not clear to what extent Israel will commit itself to the coalition. It expressed to cooperate with US only for collecting information. Yet, what is important for those states is to express their support for the US policy. Israel is likely to continuously fire into Lebanon’s Hezbollah. Yet, this does not mean that it deploys its military in the Persian Gulf with other coalition states. It is not new in the case of the UK and Australia. Both UK and Australia have already played a crucial role in their intervention in Afghanistan and again in Iraq by participating in the US-led coalition in their war against Saddam,” she explained.

The professor added, “What matters most is the political and military implication of the coalition formation. The US has its allied states in the Persian Gulf such as Saudi Arabia and the United Arab Emirates. Thus, the coalition making is for the sake of the US enhancing its leverage toward these countries. On the other hand, the more tense the Persian Gulf situ