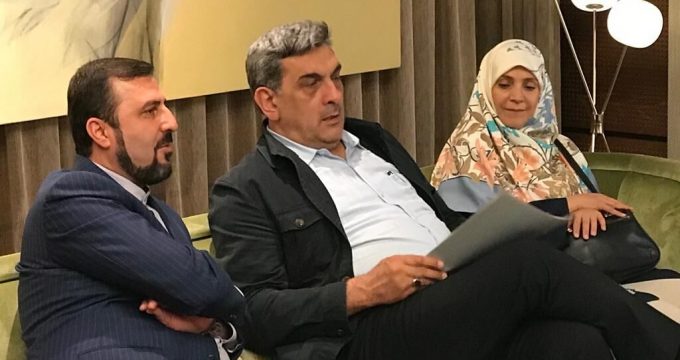 Tehran mayor in Vienna to attend BRIDGE for Cities confab

IRNA – Mayor of Tehran Pirouz Hanachi heading a delegation arrived in Vienna to participate in BRIDGE for Cities 4.0: Connecting cities through the new industrial revolution underway on September 3-4.

Upon his arrival, Hanachi was welcomed by Iran’s Ambassador to Austria and Slovakia Ebadollah Molaei and Iran’s ambassador and permanent representative to the Vienna-based international organizations Kazem Gharibabadi.

Tehran mayor has been invited by Mayor and Governor of Vienna Michael Ludwig and is scheduled to deliver speech on Tehran Municipality in the field of innovation and creating smart cities.

“BRIDGE for Cities” is a large-scale annual event, which aims to advance the implementation of the Sustainable Development Goals (SDGs) and the New Urban Agenda,” according to BRIDGE website.

“The event promotes the implementation of the 2030 Agenda for Sustainable Development via the Belt and Road Initiative (BRI), with which it shares many similarities, in all participating countries, to encourage municipal officials and development stakeholders to scale up their engagement in inclusive and sustainable urban-industrial development initiatives,” it added.

During his stay, Hanachi will also hold talks with Vienna mayor and his counterparts from other countries.

He is scheduled to visit the most important civil projects in Vienna in the field of smart cities, waste management, rescue system, fire department and public transportation systems.

Tehran mayor is then to head for Germany to visit Governing Mayor of Berlin Michael Müller.