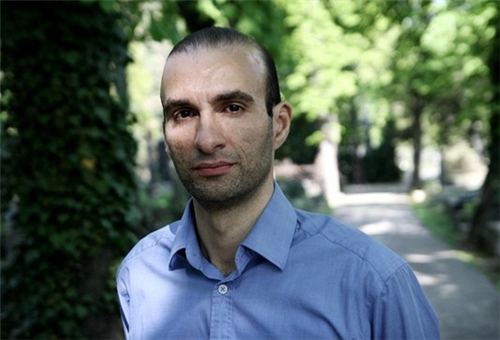 Persian Gulf security architecture can only be inclusive: Adib-Moghaddam

MNA – Professor Arshin Adib-Moghaddam, Chair of the Centre for Iranian Studies at the London Middle East Institute believes that “UK is entangled in the Brexit imbroglio and does not have a coherent strategy for its policies in the Persian Gulf because of that.”

Professor in Global Thought and Comparative Philosophies and Chair of the Centre for Iranian Studies at the London Middle East Institute, also adds that “The security architecture for the Persian Gulf can only be inclusive.”

The United States has spoken about new military coalition in the Persian Gulf. What is the purpose of this coalition?

The purpose is to pool the limited resources available and to continue to outsource safeguarding the interests of the US state, to compliant and dependent regional actors. On the other side, Iran has missed the opportunity to be seen as a progressive, reforming country that appreciates and safeguards the civil rights of its citizen, which is why it is that much more easier for the US state and others to contain and blackmail the country.

Another plan for Persian Gulf security order in recent days is suggested by England. France announced that will join to this coalition and Germany is not clear until now. Why England suggest this plan without participation of US?

There is a lot of speculation about these measures at the moment. The UK is entangled in the Brexit imbroglio and does not have a coherent strategy for its policies in the Persian Gulf because of that.

It’s impractical because the US and its allies will counteract it. The security architecture for the Persian Gulf can only be inclusive as I have set out in my research about the region. The blueprints are out there, but the politicians have proven to be inept in implementing them.

The Iranian plan for the Persian Gulf is based on making security by intra states. How much this plan is feasible now?

Iranian foreign policies will only be marginally successful as long as the country does not polish its image and in particular its human rights record. There needs to be a process of national reconciliation, a new dialogue between Iranians at home and abroad in order to signal to the world that Iran is a responsible state that respects the value of human life; that the message of the revolution is not tantamount to hypocrisy and populist propaganda.

After 16 years, American troops returned to Saudi Arabia. What does this issue effect on the security situation in the region?

First, this is an admission of the incapacity of the Saudi state to safeguard both its own security and independence, even after the multibillion investments into the national army. It is also a sign of US skepticism that Saudi Arabia can sustain itself in terms of security.