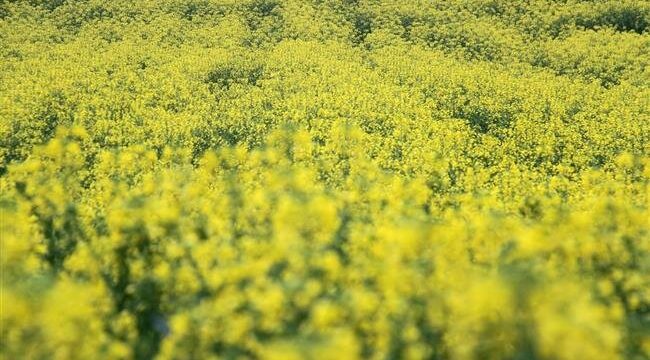 Press TV – Iran’s minister of agriculture says the country has significantly boosted its output of rapeseed, also known as canola, to respond to a growing domestic demand and to reduce imports that have been affected by American sanctions.

“The cultivation area for rapeseed was 40,000 tons in recent years but we managed to bring the output of this product to over 42,000 tons this year,” said Hojjati in remarks covered by ILNA news agency on Saturday.

The minister further elaborated on Iran’s growing demand for oil-rich seeds, adding that the government policy was to boost domestic output and to slash imports.

“Our country is highly dependent on some farming products like oil-rich seeds,” said Hojjati, adding, “Our focus is to increase production of items like rapeseed.”

He said Iran expected to see a new jump in rapeseed production in the next Persian calendar year, which starts in late March, adding that his department had planned for the cultivation of some legume crops to be moved to autumn 2019 so that more lands could be earmarked for rapeseed farming across the country.

Iran has expedited efforts to reduce dependency on food imports over the past years amid rounds of American sanctions that could have had an impact on food security in the country.

The agriculture sector has experienced a significant growth as official reports suggest there is sufficient production to meet domestic demand while authorities are seeking to find new markets for farming products that are on oversupply.

Hojjati reiterated his criticism of government bans on export of certain farming products, saying an alternative policy would be to impose tariffs on exports and to guarantee a smooth supply of food into the domestic market.