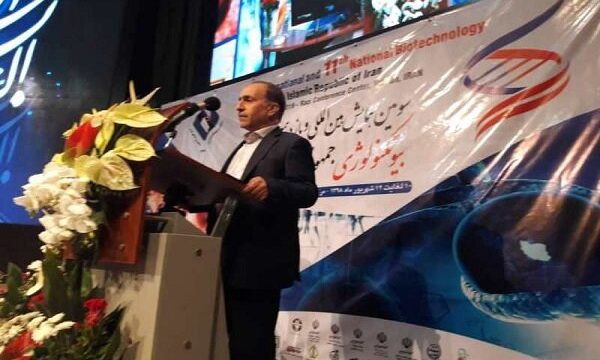 MNA –Secretary of Biotechnology Development Headquarters of the Vice Presidency for Science and Technology Mostafa Ghanei said that Islamic Republic of Iran is among top five countries in Asia in the field of biotechnology.

Turning to the eye-catching progresses and developments of the country in the field of biotechnology, he reiterated, “Islamic Republic of Iran is among top five Asian countries in the biotechnology field.”

He made the remarks on Sun. in the inaugural ceremony of 3rd International Biotechnology Conference, held at the venue of Razi Intl. Conferences Hall, and added, “Iran stands at the second rank in Asia in terms of production of biotechnological medicines in a way that the country has so far produced 22 medicines in this field.”

Elsewhere in his remarks, he pointed to the 3rd Intl. Conference and 11th National Biotechnology Conference, which will be held at Razi Intl. Conference Hall on Sept. 1-3, and added, “the Conference will focus on knowledge-based and entrepreneurship topics.”