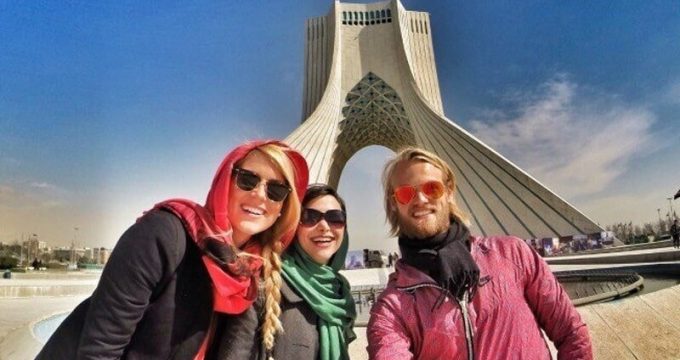 Eye-opening experience: As many Americans as possible should visit Iran

Tehran Times – Judith Bello, a long-time American peace activist, who has visited Iran for two times, believes such a journey “will be an eye-opening experience”.

“In these difficult times, we need as many people as possible from the U.S. to go to Iran and see that Iranians are people not so different from ourselves, and they are the keepers of an ancient history that is not only theirs, but all of ours,” she said in an opinion article released by USA Today in August.

Bello has assessed her Iran’s adventures as “very rewarding”, finding its people “friendly and generous”.

“I have traveled to Iran twice with similar delegations and had experiences that were very rewarding. The people there are friendly, down to earth and generous, and seeing Iran for yourself puts a whole new perspective on any prior information you might have. Many people there speak English and the food is excellent.”

She says that there are antiquities in Iran that are inconceivable for those who have not left the western hemisphere.

“There is a modern art museum in Iran and another museum with a mind boggling collection of gemstones along with medieval jeweled swords and gowns and whatnot. Iran is a mid-sized country, but they have a long and well preserved history that is just astounding.”

For several thousand years, Iran was at the epicenter of the civilized world. From Cyrus to Darius to the Mogul emperors in India, Iran was the center of the universe. They met and matched the Greeks and Romans, she noted.

“Zoroastrianism, the ancient religion of Iran, was the first religion with many of the characteristics of the three sisters, Judaism, Christianity and Islam: One God, a world of Good and Evil, and human choices. Poetry is popular in Iran and poets are revered especially mystics. They have a powerful and sophisticated film industry, and a complex political system with many democratic elements.”

Visiting Tehran Peace Museum, Bello comments “The Tehran Peace Museum is part of an international network of peace museums that are affiliated with the Hiroshima Peace Museum. It is run primarily by disabled veterans from the Iran-Iraq war, who like many veterans who joined the peace movement here, saw that war is not the way. They have a mission to find better ways to treat victims of toxic gas attacks, a weapon Saddam Hussein used against them again and again.”

“We all have something to learn about what is outside our own world. In these difficult times, we need as many people as possible from the U.S. to go to Iran and see that Iranians are people not so different from ourselves, and they are the keepers of an ancient history that is not only theirs, but all of ours.”

Regarding to recent tensions between the Islamic Republic and the U.S., Bello hopes that it could ultimately be cooled by the means on dialogue not a war.

“I sincerely hope our government will use diplomacy rather than force to resolve their issues with the Iranians.”

Many travelers to Iran find their new perception of the country as totally different from that they previously thought based on mainstream Western media outlets.

For an example, Jenny Gray, the global product and operations manager of the Australia-based Intrepid Travel, said earlier this year that “It is a country that is often portrayed as unwelcoming, but the reality is quite the opposite… Iranians are warm, friendly and eager to show off their country to foreigners. The feedback from our travelers is a testament to this.”

As we know, the media play a pivotal role in informing the public about what happens in the world, including Iran as a lesser-known country for a majority of Western people. Media’s portrayals could be more effective in areas in which audiences do not possess direct knowledge or experience to construct public belief and attitudes.

Decades of unresolved tensions between Iran and the U.S., ran high once again last year, when the Trump administration pulled the United States out of an international deal to give Iran access to world trade in return for curbs to its nuclear program, reinstated sanctions on the Islamic Republic.

Since then Washington’s major European allies Britain, France and Germany have been at odds with the U.S., believing that pulling out of the nuclear agreement was a mistake. The Europeans have warned that heightened confrontation could lead to an accidental war in the Persian Gulf.