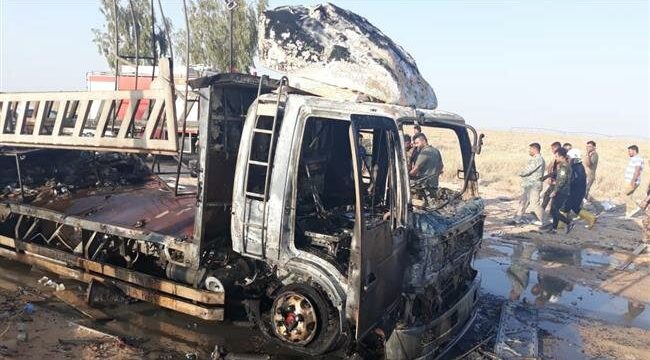 MNA – Secretariat of International Conference on Palestinian Intifada has called on the international community to react to recent Israeli attacks in the region.

“Netanyahu’s Likud party is trying to create a climate of terror in the occupied territories with multiple aims including those related to election to attract gray votes,” the conference secretariat said in a statement on Saturday, adding, “Also, these measures seek to promote Iranophobia in a bid to maintain Trump’s all-out support for the Zionist regime.”

“The Zionists are well aware that the developments in the region are not in their favor, so they want to divert public opinion from the realities of the scene by launching attacks on Lebanon and Gaza,” it added.

The Secretariat of the International Conference for the Palestinian Intifada calls on international communities and parliaments of the world to prevent another war in the region by condemning the new dangerous aggressions and threats of the Zionist regime, read the statement.

“The Zionist regime must know that the era of hit-and-run is over and that the fighters of Resistance are ready to teach a great and unforgettable lesson to Zionists in case their aggressions repeats,” it highlighted.

In the latest act of aggression last weekend, Israeli drones struck a convoy belonging to Iraq’s Popular Mobilization Units near the Iraqi town of al-Qa’im close to the Syrian border, killing a commander and severely wounding a fighter, Press TV reported.

This came a day after Israel carried out strikes near the Syrian capital, Damascus, claiming that the air raids were “able to thwart an Iranian attempt … to conduct an attack on Israeli targets … using killer drones.”

Just hours later in early Sunday, two explosives-laden Israeli drones violated Lebanese airspace on a bombing mission and crashed in the stronghold the Hezbollah resistance movement in the south of the Lebanese capital, Beirut. One of the drones blew up near the ground, causing some damage to Hezbollah’s media office.