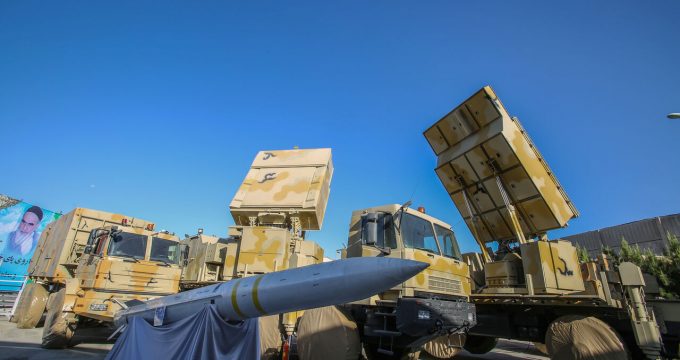 IRNA – General Staff of the Armed Forces of the Islamic Republic in a statement issued on the occasion of the formation of Khatam ul-Anbia Air Defense Base on September 1 emphasized that powerful air defense has provided lasting security for the country’s air borders.

In the statement on Saturday, the Armed Forces General Staff regarded the promotion of the sustainable security of Iran’s air borders the result of the strategic role of air defense.

The statement highlighted the importance of air defense in creating a safe sky and maintaining and strengthening deterrence and defense capability and reiterated that air defense plays a strategic role and has a high impact on the successful implementation of the Armed Forces’ missions and with necessary vigilance against any enemy aggression and air movements, using advanced systems, equipment, and new tactics has been able to achieve stunning achievements in a short period of time.

The statement noted that due to the efforts of young specialists and experts in the domestic industry, native and competitive advanced defense systems have been deployed in the country’s defense structure which will be evaluated as meeting international standards and even in some respects beyond defense equipment of the world’s military powers.

In another part of the statement, General Staff of the Armed Forces reiterated that doing sensitive missions and the continuous surveillance of any unauthorized air movements in the country’s sky and timely and effective warning to foreigners are the result of full coordination, interaction and synergy between the armed forces, including the most integrated and impenetrable air defense in the country that has played a significant role in strengthening deterrence and enhancing the country’s defense power.

Part of the statement reads that the growing trend of acquiring stunning native technologies in defense systems commensurate with the geography of the country and the nature of enemy’s threats and the design and implementation of comprehensive air defense plans and integrated defense capabilities in this area and holding defensive maneuvers around the country have provided new platforms for fulfillment of the orders of Supreme Leader of the Islamic Revolution Ayatollah Seyyed Ali Khamenei who is also Commander-in-Chief of Iran’s Armed Forces.