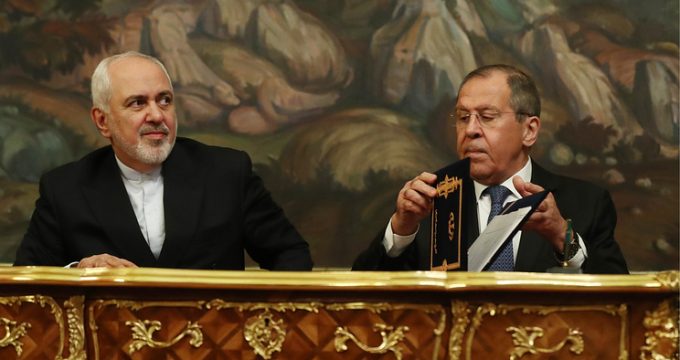 Zarif to visit Russia Mon. for talks on JCPOA

In a tweet on Thursday, Foreign Ministry Spokesman Abbas Mousavi announced that the Iranian top diplomat Mohammad Javad Zarif will be leading a high-ranking political delegation to Moscow, Russia on Monday, September 2.

According to Mousavi, the visit aims at holding talks with Russian Foreign Minister Sergey Lavrov on expansion of “mutual ties as well as the latest developments of the JCPOA implementation and regional tension relief.”

The announcement for the Russia visit comes as Foreign Minister Zarif is concluding his three-nation Asian tour with the final stop in Malaysia, after his earlier visits to China and Japan.

Before the Asian tour, Zarif was in France to discuss with French president and foreign minister ways on how to salvage the JCPOA in the wake of US’ withdrawal, as well as easing tensions in the region.

The Iranian top diplomat had also made visits to Finland, Sweden and Norway.