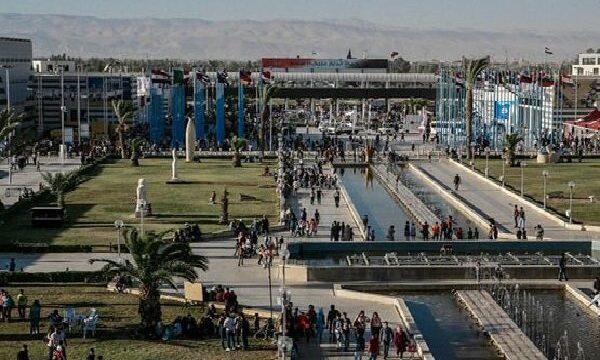 Bahman Hosseinzadeh said on Tuesday that holding this exhibition shows that Syria is recovering from the humanitarian crisis, adding that organizing the international trade fair is additionally important because it is being held when West’s sanctions are imposed in Syria.

Speaking to SANA, Hosseinzadeh said that Iran is keen on investment in Syria in all fields, especially in construction sector.

Hassan Danaeefard, an advisor to Iran’s Vice-President Ishaq Jahangiri, and the secretary of development of Iran-Syria-Iraq office said that Iranian companies will be more active in the course of Damascus International Trade Fair.

Mehdi Saeedozakerin, CEO of Pars Rastak Company, for organizing fairs and conferences said that the trade fair is an opportunity for Iranian companies to present their products and services.

Mohammadreza Modoudi, the head of Iranian Trade Promotion Organization, said that the exhibition shows the Syrian Government’s power and wisdom for finding solutions to thwart sanctions.

The 61st edition of Damascus International Fair opened on Wednesday will work until September 5 with participation of 500 countries.