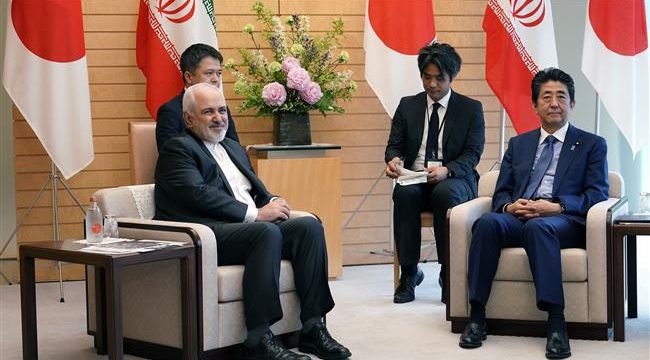 According to Japanese media ‘Kyodo’, both sides held talks on ways to de-escalate tensions in the Middle East caused by US maximum pressure on Tehran.

Earlier, in a separate meeting the Japanese Foreign Minister Kōno Tarō, Zarif discussed bilateral ties as well as regional and international developments, including the situation in the Persian Gulf and the Middle East, the latest developments and diplomatic moves with regard to the Joint Comprehensive Plan of Action and other issues of mutual interests.

Zarif arrived in Tokyo on Tuesday to meet with Japanese officials.

Before visit Japan, Zarif had made a trip to China and met with Chinese Foreign Minister Wang Yi to discuss bilateral relations and the regional and international ties.

He is to leave Tokyo for Kuala Lumpur, Malaysia.

China and Japan are Iran’s economic partners and traditional buyers of Iranian oil.