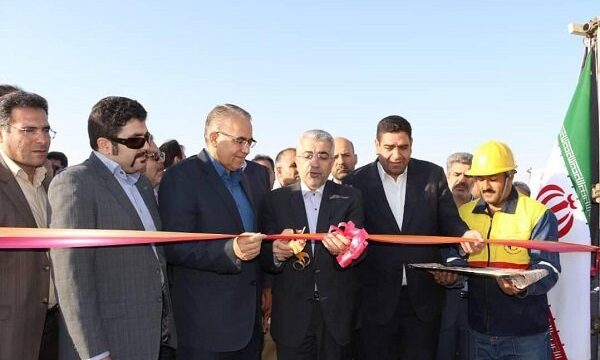 MNA – On the occasion of the Government Week in the current year (started March 21, 2019), Minister of Energy Reza Ardakanian inaugurated a 7-megawatt solar power plant in Abhar, Zanjan province, on Tue.

This solar power plant was put into operation in line with the development and expansion of renewable power plants in the country.

Located on a land areas as large as 14 ha, this giant project was fully funded by the private sector, costing over €6.5 million.

The solar power plant was constructed in four months and then connected to the nationwide power grid.

With the operation of this power plant, Zanjan province was listed among 27th province in the country in the field of equipping with solar power plant.

By generating more than 111 gigawatt/hour energy annually, this solar power plant, moreover contributing to meet the electricity demand in peak hours, is able to reduce consumption of fossil fuels as much as 3.95 million cubic meter.