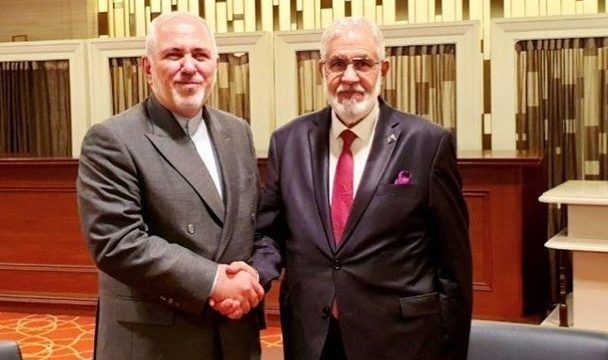 Tasnim – Iran’s Foreign Minister Mohammad Javad Zarif, who is on an official visit to Japan, held a meeting with his Libyan counterpart Mohamed Taher Siala in Tokyo.

In a brief and unarranged meeting in the Japanese capital on Tuesday, the two sides discussed a range of issues, including bilateral ties as well as the latest developments in Libya.

The Libyan diplomat is in Japan to participate in the seventh edition of the Tokyo International Conference for African Development (TICAD) summit, taking place in Yokohama.

Earlier in the day, Zarif also held talks with his Japanese counterpart Taro Kono. During the meeting, the two senior diplomats discussed Tehran-Tokyo bilateral ties, the latest developments and diplomatic activities surrounding the implementation of the Joint Comprehensive Plan of Action (JCPOA), major regional and international developments, including the situation in the Persian Gulf and the Middle East, and a series of other issues of mutual interest.

Heading a diplomatic delegation, Zarif is on a tour of Asia that took him earlier to China. He will be visiting Malaysia afterwards.

Zarif has made several foreign trips in recent weeks, after being blacklisted by the US government.

Before the tour of Asia, the Iranian top diplomat visited Kuwait, three Scandinavian capitals, and France.