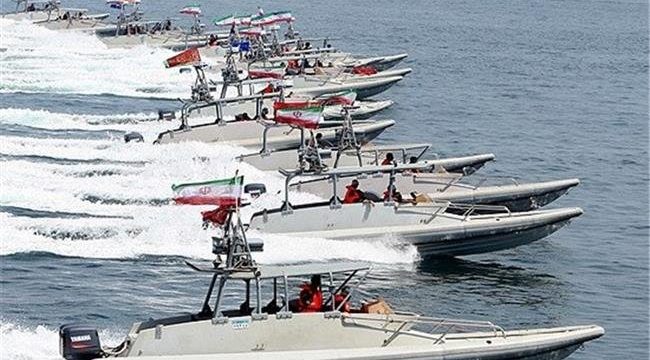 MNA –Emphasizing significance of the role of regional countries in ensuring the the Persian Gulf security, Dr. Bilgahan Alagoz says Despite all the problems between Iran and the Arab countries of the Persian Gulf, this region has always been able to preserve its own unique dynamics.

Tensions between Iran and the US in the Persian Gulf region has resulted in recent logical moves and measures of the Persian Gulf littoral states which are based on their national interests and logic of costs and benefits. If the counties’ tendency toward getting closer to Iran is not just a short term tactic, this will pave the way to end disastrous war in Yemen and avoid more destruction and massacre in the region.

We reached out to Dr. Bilgehan Alagoz, Lecturer at Marmara University Institute for Middle East Studies, Istanbul to shed more light on the issue.

Following is the text of our interview with her:

Recently we have seen tensions in the Persian Gulf such as attacks on Japanese ships and etc. Some experts make a relation between the tensions and the US efforts to contain its global economic rivals especially China, Japan and EU. What do you think of this?

In addition, there is also rivalry between the United States and other actors, namely Japan and the EU regarding Persian Gulf. Trump is critical of the EU’s failure to comply with its harsh policy against Iran Particularly critical of France and Germany on the issue. Finally, French President Macron invited Iranian Foreign Minister Zarif to the G7 meeting, which is being held in France. Considering the fact that, the United States has recently added Zarif in the sanction list, this move of France means a clear difference between France and the US regarding Iran. Japan has a similar attitude with the EU, too. Japan maintains positive ties with Iran but also appease the US. Therefore, I can say that global actors, China, Japan and the EU, have not yet met the US policy on Iran.

Accusing Iran of being behind recent tensions in the Persian Gulf, the US has asked for formation of a coalition to maintain security of shipping lines in Hurmuz Straight which even many of its close allies have rejected. How successful the US initiation can be? What can be the consequences of such an act while Iran believes the security of the region should be provided by the regional countries without presence of foreigners?

Despite all the problems between Iran and the Arab countries of the Persian Gulf, this region has always been able to preserve its own unique dynamics. Iran and the Arab countries have mostly succeeded in keeping diplomacy active in the Persian Gulf. During the Iran-Iraq War, Iraq’s invasion of Kuwait, the 2003 Iraqi War, or during the period of the highest tension that occurred in 2006-2007, diplomacy has always been the main instrument in the region. Therefore, I do not believe that the military coalition that the US is trying to form will be accepted by the regional dynamics.

How successful the US policy of maximum pressure on Iran have been? How diplomatic is the US approach that asks for talks while is sanctioning Iran and even Iran’s foreign minister?

I think at this point we should examine Trump’s Principled Realism doctrine in details. The starting point of this approach is based on the refusal of globalization. The idea of institutionalism that emerged with the concept of globalization is what Trump opposes most. According to Trump, multilateral agreements involving the US through regional and global organizations operate against the interests of his country. Therefore, on the axis of Principled Realism, the era of bilateral agreements to which the United States is a party must begin and the US should be a superpower that focuses on protecting its national security and economy, rather than being the country that establishes the security of other states. This is the core point of his approach towards Iran. Trump believes that the JCPOA, which is a multilateral agreement, is contrary to the interests of the United States. Thus he aims to make a bilateral agreement with Iran through maximum pressure strategy.

The idea of institutionalism that emerged with the concept of globalization is what Trump opposes most.
I believe that Iran and the United States will start bilateral negotiations. Trump has repeatedly stated that he does not seek a regime change in Iran, and he mentioned that the only issue he wants to talk about is Iran’s nuclear program. I think this will finally create an opportunity for the two countries to run diplomatic channels. Next year there will be parliamentary election in Iran and presidential elections in the United States. So I don’t know if the two countries start talking before or after the elections. However, I believe that the talks between the two countries will not be a long way away.

What could be the message of downing of the US drone and seizure of the UK’s oil tanker by Iran for some Arab kingdoms of Persian Gulf?

How do you evaluate the Russia’s plan for security of the Persian Gulf while Iran insists on providing the security by the regional states?