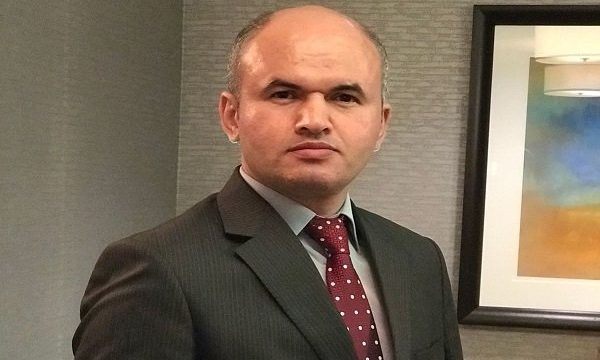 MNA – Omid Shokr says Saudi Arabia is playing active diplomacy with some of Iran’s oil consumers in China and India to get more share of the energy market.

Tensions between Iran and the US in the Persian Gulf region has resulted in recent measures of the Persian Gulf littoral states’ logical moves which are based on their national interests and logic of costs and benefits. If the counties’ tendency toward getting closer to Iran is not just a short term tactic, this will pave the way to end disastrous war in Yemen and avoid more destruction and massacre.

To shed more light on the issue we discussed it with Omid Shokri Kalehsar a Washington-based Senior Energy Security Analyst contributor for United World International, uwidata.com.

Here is the full text of our interview with him:

There are reports on UAE and Saudi talks with Iran on behalf of US. Some say recent reports indicate Abu Dhabi and Saudi Arabia’s willingness to negotiate with Iran. What do you think about this?

It is clear that stability and peace is in favor of all regional states, all energy producers in the region need security and stability to export more oil and gas to world energy market to get more benefit from energy market. Iran and Saudi need to solve problems in their bilateral relation, it should be noted that Iran and Saudi have clash of interests in some regional issue such as Syria crisis and Yemen, but they also have some mutual interest such as the future of OPEC, oil price,… both sides need to begin negotiation and if Iran wants to have good relation with PGCC it needs to solve all problems with Saudi.

Following Iran’s oil embargo, some have stated that the market vacuum is mainly supplied by Aramco. Can Aramco Replace Iranian Oil?

Sanctions against Iran is in favor of all oil producers such as Russia, Saudi, US. Saudi plays active energy diplomacy with some Iranian oil consumers such as India, China and etc.

Investments in India and China energy Infrastructure gives an opportunity to Saudi to boost its influence in these countries and may decrease share of other exporters in India and China energy market. Saudi Aramco in his recent invest plan has invested in Reliance’s oil business at a valuation of $75 billion. Investing in refinery is the best chance to export more Saudi oil and India’s refineries will adopt to Saudi Oil instead of Iranian oil.

How do you assess future of Saudi economy, considering the fact that the Saudi economy is heavily dependent on oil?

Saudi authorities came to conclusions that they must invest more in renewable energy and upstream projects, by 2017, and according Aramco’s chief executive Amin Nasser, Saudi Aramco plans to invest some US$300 billion in upstream oil and gas projects over the next ten years. Energy transition will play key role in Saudi 2030 vision but Saudi needs to do more reforms to access 2030 vision goals.

What are the structural weaknesses in Saudi economy that could threaten its economic outlook?

There is more debate on the structural weakness of the Saudi Economy. Weaker oil would put pressure on expenditure in countries with higher break-even prices. This includes Saudi Arabia, whose 2019 budget envisages a 20% increase in capex and a 7% overall increase compared with the 2018 outturn. It appears to have a break-even price in the mid-$80s, well above the IMF’s projection of $73 in its latest Regional Economic Outlook. However, Saudi Arabia’s low debt level (about 19% of GDP) means it can finance a larger deficit if needed, although it is still aiming to balance its budget by 2023.