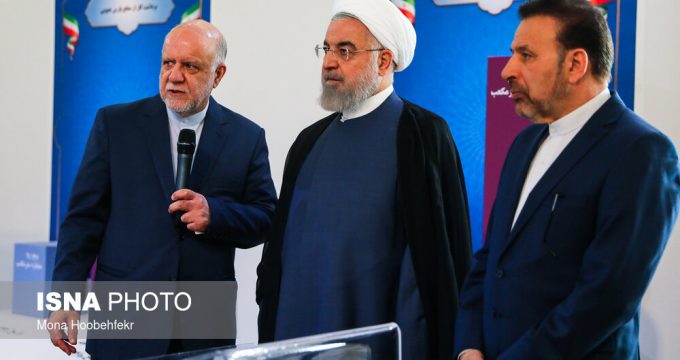 MNA – On the occasion of the Government Week, Iranian President Hassan Rouhani on Monday visited an exhibition of Government achievements in development of rural infrastructures.

Rouhani paid a visit to the exhibition on the achievements of the government in development of rural infrastructures in the sectors of energy, communications, oil, roads and urban development, healthcare and treatment services.

Also, a number of rural infrastructural projects were put into operation concurrent with the Government Week.

Elsewhere in his remarks, Rouhani pointed to the project of railway construction in this province and added, “construction of railway has started from Chabahar to Zahedan which will be connected to the nationwide railway.”

He seized the opportunity to express his special thanks to the Armed forces, Army, and IRGC for their efforts toward materializing most objectives in this province.