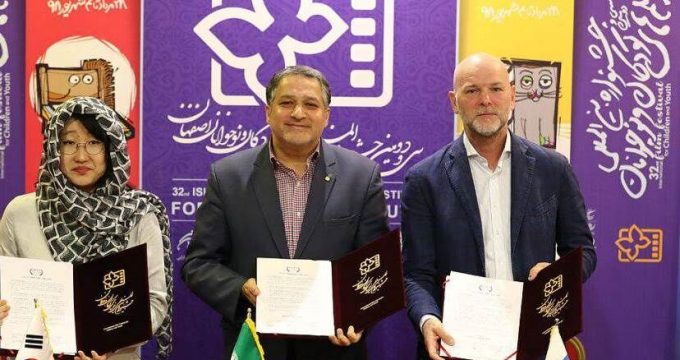 He expressed hope for the MoU to open new chapter for multilateral cinematic cooperation.

Meanwhile, representative of Seoul Children’s Film Festival said the MoU is of great importance, adding that the meeting is a good opportunity for Eurasian states to prepare the grounds for cultural interactions.

In the meantime Head of “0+” International Film Festival Nikolai Dann referred to tripartite cooperation, saying those countries which are united understand thoughts of one another.