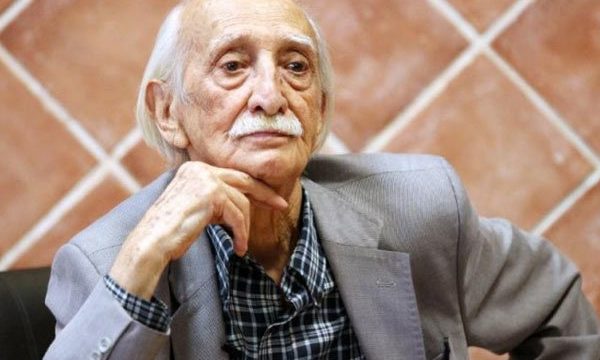 MNA – Iranian veteran actor Dariush Asadzadeh, known for his role in ‘The Green House’ TV series (1996), passed away at his home at the age of 96 on Sunday.

Asadzadeh was born on 23 November 1923 in Kermanshah in western Iran. He began his acting career at 20, and spent the next many years as an actor, writer and director at Tehran theater.

He played in over 50 movies during the 60’s and 70’s era. He is better known for his roles in TV series, including “The Green House” co-directed by Bijan Birang and Masud Rassam and “Samandun” by Nasser Hashemi.

His roles were also notable in movies such as “The Spouse” by Mehdi Fakhimzadeh, “The Orphanage of Iran” by Abolghasem Talebi, and “Two Halves of An Apple” by Kianoush Ayyari.

In “The Green House”, the most popular Iranian TV series during 1996, he played the role of the father of the protagonist, which was played by Khosrow Shakibaei (1944- 2008) – a lawyer living with his family and close relatives in an apartment, going through various adventures each day.