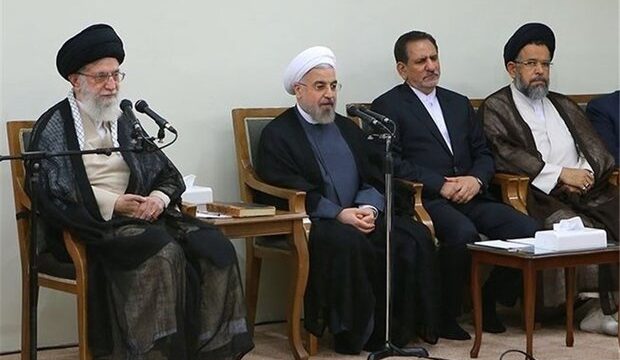 MNA – Leader of the Islamic Revolution said, over the past years, the enemies have consistently conducted any hostile measure against the country but have failed, stressing that they will never achieve their goal to block the nation’s path toward development.

“The US, Europe and even the former Soviet Union have tried every means in the past 40 years [to subdue Iran], but they have failed,” Ayatollah Seyyed Ali Khamenei said on Wednesday in a meeting with President Hassan Rouhani and his cabinet.

The Leader pointed to the country’s developments in the past years in political, defensive and economic spheres, saying, “The enemy cannot do a damn thing, and the next 40 years will be better for us, and worse for the enemies.”