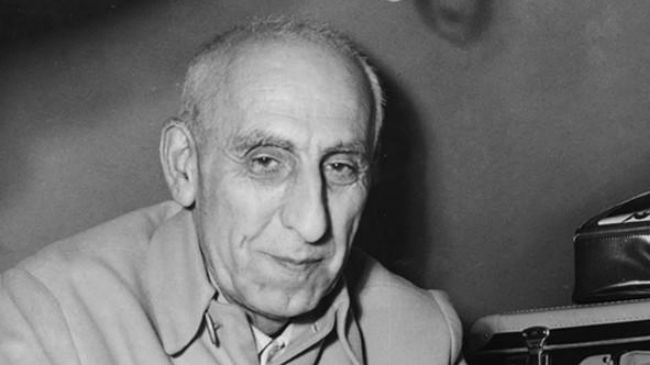 A brief history of Western interference in Iran

IRNA – Rich in natural resources, Iran is a vast country with sensitive geopolitics and hence always in the spotlight. The West has never ceased to directly or indirectly interfere with Iran’s affairs.

The coup staged by the US in Iran on 19 August 1953, is a prominent example of West’s interference. Though the coup looked successful at first, its achievement was ruined with the victory of the Islamic Revolution in 1979 when the Iranian people won their national sovereignty and became a totally independent country.

Iran’s National Consultative Assembly passed a law in December 1944 obliging the government to ask for the parliament’s confirmation before negotiating with foreigners about crude oil.

This was the first step to put an end to foreign, especially British dominance over Iranian oil reserves.

Discontented with the decision, the UK took the case to the international law tribunals in The Hague and the United Nations Security Council. In both international bodies, they were heavily defeated in the court by Iran’s Prime Minister Mohammad Mosaddegh.

Eventually, London and Washington decided to engineer a coup to reach their goals through other ways.

Thus, London and Washington did try to restore not only the despotic system but also regain domination over the oil and the geo-strategic and geopolitical region of Iran.

Iranian people terminated all the direct and indirect interference with the Islamic Revolution in 1979 and took control of their fate and became independent of foreigners.

Operation Ajax is a black page in the book of UK and US interference in Iran, which will never be cleaned off Iranians’ memories and pages of history.

August 19 (28th of the Iranian month of Mordad) is the anniversary of a tragic event that changed the social and political paths of contemporary Iran; on this day in 1953, the man that was a hero to Iranians and other freedom seekers of the world was removed from premiership during a jointly-hatched UK-US coup.

Mohammad Mosaddegh could draw a unanimous vote in favor of the nationalization of oil in Iran from the parliament.

Supported by his nationalist party and religious groups led by Ayatollah َAbolghasem Kashani, the democratically-elected Prime Minister Mosaddegh introduced in the bill to the parliament.

The law terminated the four-decade-long British control over Iran’s oil. Before that time, the Anglo Persian Oil Company exploited Iran’s crude and returned only a small fraction of its revenues to Iran.

Iran had to pay a price for the heroic nationalist move; the West embargoed Iranian oil for three years and finally overthrew Mossadegh to pave the way for the return of US and UK oil companies to dominate Iran’s oil market once again. Newly appointed, Prime Minister General Fazlollah Zahedi helped them to reach their goal.

After 69 years, oil is still the main revenue source for Iran.

As Mosaddeq was the one who nationalized the Iranian oil industry which resulted in the expulsion of the British from the rich prosperous field, the British and Americans eventually decided to topple him and they managed to do so in August 20, 1953.

Winston Churchill’s government was desperate to regain control of Iran’s oil industry, “by virtually any available means, including military action,” wrote Malcolm Byrne of the National Security Archive and Tulane that plotted a coup to drive Mosaddegh out of power.

Iran had repeatedly said that the coup was a UK-US job, but until recently it was not internationally well-proved. In recent years, the British government had been continuously pressing the US officials not to publish the fact that London had had a role in the plot to oust the Iranian government.

However, in 2000, as part of an effort to mend relations with Iran, the then US Secretary of State Madeleine Albright admitted that America had ‘played a significant role’ in overthrowing Mosaddegh, saying ‘The coup was clearly a setback for Iran’s political development, and it is easy to see now why many Iranians continue to resent this intervention by America in their internal affairs.’

Additionally, President Barack Obama made some remarks on June 4, 2009, in Cairo that made it crystal clear that the US had a central role in the coup against the ‘democratically-elected’ government.

The Eisenhower government considered Operation Ajax as a success, having ‘immediate and far-reaching effect’; the CIA repeated the pattern the following year and organized a coup in Guatemala and toppled Jacobo Arbenz Guzmán, who had nationalized farmland.

Several political figures have commented on the issue.

“Iran’s a whole different kettle of fish—but it’s a sad story that really began in the 1950s when the United States deposed Mr. Mossadegh, who was an elected parliamentary democrat, and brought the Shah back in”, said US President Bill Clinton.

“Why did we, our government, help overthrow Mossadegh in 1953? It had to do with oil. So our foreign policy is designed to protect our oil interests,” said Congressman Ron Paul.

“Lord knows what we’d do without Iranian oil,” US President Dwight D. Eisenhower.

“In the middle of the Cold War, the United States played a role in the overthrow of a democratically elected Iranian government,” said US President Barack Obama.

“That was a disruption of what could have and should’ve been a natural development of democracy with Iran…,” said US Secretary of State Hillary Clinton.

“Iran had a democratic government which was overthrown because of oil,” Congressman Dennis Kucinich

On August 19, 1953 a CIA plan, Operation Ajax, was put into operation, and ended in Mossadegh’s removal on August 20.

Defending himself against the treason charge, on December 19, 1953, Mosaddegh said, “Yes, my sin — my greater sin and even my greatest sin – is that I nationalized Iran’s oil industry and discarded the system of political and economic exploitation by the world’s greatest empire.”

He said he knew that his fate “must serve as an example in the future throughout the Middle East in breaking the chains of slavery and servitude to colonial interests.”

On December 21, 1953, Mosaddegh was sentenced to death but his sentence was later commuted to three years’ solitary confinement in a military prison.

He died on March 5, 1967, when he was still under house arrest in Ahmadabad, Alborz Province, west of Tehran.

Naft Street in Tehran was renamed as Mosaddegh Street on March 13, 2018. The renaming suggestion was passed by unanimous consensus – 19 out of 19 votes.