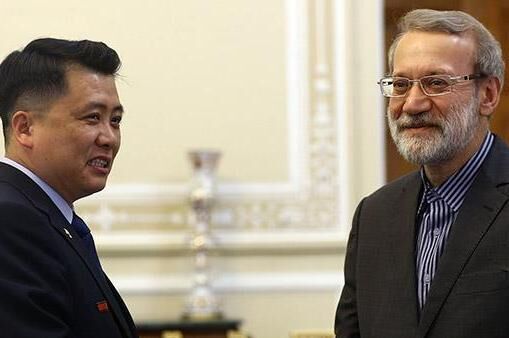 IRNA – Speaker of the Iranian Parliament (Majlis) Ali Larijani described North Korea’s decision on unilateral demands by the Americans as intelligent, saying that the Americans’ goal was not to reach a fair deal with North Korea, but rather to disarm and pressure it.

Iran welcomes the development of economic relations between the two countries and the capacities of Iran and North Korea in this field should be used, the high ranking official noted.

The North Korean leader has done well in the negotiations with the Americans and has not allowed them to achieve their goals, Larijani stated.

Larijani emphasized that North Korea has made good progress in various areas and reiterated that economic independence has been one of the most important issues for any country which North Korea is pursuing this goal.

Vice President of the Supreme People’s Assembly of North Korea, Pak Chul Min, for his part underscored that the Islamic Republic of Iran, led by Supreme Leader of the Islamic Revolution Ayatollah Seyyed Ali Khamenei, had made significant progress in various fields, especially economic and military and had stood against America’s avarice.

He also said North Korea is seeking to create an independent economy.