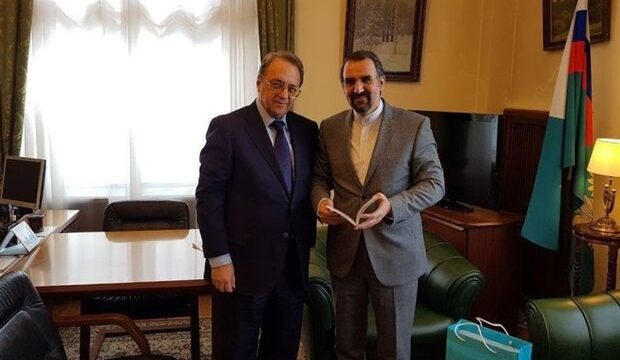 Iran, Moscow in talks on launching ferry service across Caspian

MNA – Tehran and Moscow are in talks over plans to establish a ferry service across the Caspian Sea that would link Iran with Russia’s Dagestan.

The Iranian ambassador to Russia, Mehdi Sanai, had earlier arrived in Derbent to discuss the development of relations between Iran and Russia’s Republic of Dagestan, RT reported.

During the visit, the two sides discussed the issue of increasing cargo traffic through Makhachkala Commercial Sea Port, as well as the launch of direct passenger and cargo flights between Makhachkala and Tehran.

Among the issues discussed was a plan to set up a direct ferry service linking the two states, with the head of Dagestan’s republic, Vladimir Vasiliev, highly optimistic about the prospect.

He said Derbent attracts many Iranians and the ferry service is expected to help facilitate their commutes.

“[Tehran] is ready to establish sea links with us, and we are ready to cooperate – and everything will work,” Vasilyev told journalists at a press briefing on Sunday.

He said that Iran’s business community had started to take an interest in Dagestan, in particular in Derbent, with a number of international projects already being implemented and set to transform the region.

“International projects are being implemented in Derbent, there are some very interesting solutions there. The city used to have a billion-plus [rubles] annual income, but now it is receiving four billion [rubles] more [from investors],” Vasilyev stated.

Earlier reports regarding cooperation between Dagestan and the Islamic Republic referred to plans to increase the sales turnover between the two sides, particularly to boost lamb exports to Iran from the current 4,000 tons to 6,000 tons by the end of the year.

At present, the volume of trade between Iran and the republics of the North Caucasus is in the ballparks of $54 million.