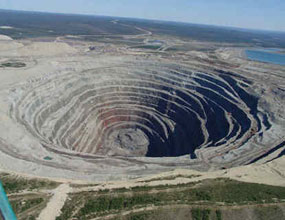 Mohammad Sabour Hossein, made the remarks in a meeting with ICCIMA Deputy Head Mohammadreza Karbasi on Saturday.

In the meeting, the two sides discussed potentials, capacities and mutual areas for development of bilateral trade between the two countries.

“It is also necessary to implement the preferential trade agreement signed by the two countries years ago and to revise it if necessary,” he added.

Sabour Hossein for his part stressed the long history of all-out relations between the two nations, saying that the two sides’ private sectors could play a significant role in boosting the mutual trade.

“Considering Bangladesh’s development plans, the country has a lot of needs in various areas, including petrochemicals, and Iran can also meet its needs through the Bangladesh market,” he said.

According to him, joint investments between the two countries should also be seriously considered.

In the end, the two sides emphasized the need to pursue implementing the preferential trade agreement signed between the two countries and to follow up on the establishment of a joint chamber of commerce as well as cooperating in holding an Iran-Bangladesh business and investment opportunities conference in Tehran.