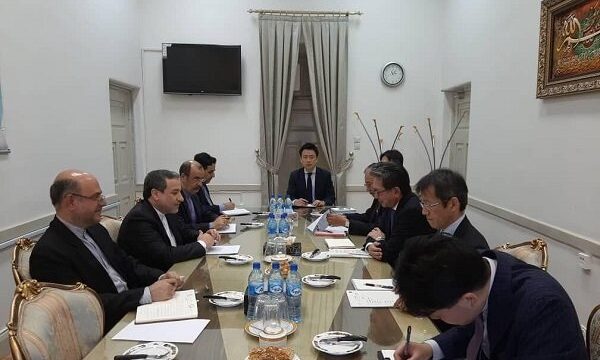 26th round of Iran-Japan political talks held in Tehran

MNA – High-ranking diplomats of Iran and Japan held a meeting in Tehran on Saturday to discuss bilateral relations, as well as regional developments.

According to a statement issued by Iranian Foreign Ministry on Saturday, Senior Deputy Minister for Foreign Affairs of Japan Takeo Mori and Iranian Deputy Foreign Minister for Political Affairs Seyyed Abbas Araqchi have held the 26th round of Iran-Japan political negotiations.

In the meeting, the two sides had plain talks about bilateral relations, the ways to expand the ties, the developments in relation to the Joint Comprehensive Plan of Action (JCPOA), as well as the situation in the Persian Gulf region and the West Asia.