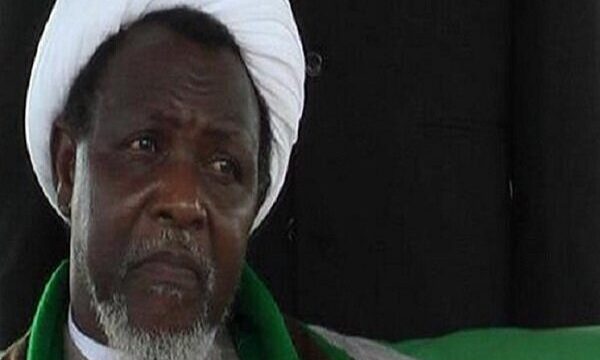 MNA – Sheikh Ibrahim Zakzaky, the Leader of Nigeria’s Islamic Movement in a video message on Thu. said that Nigerian government has given incorrect and false information to India government about his health condition.

“Nigerian government has created problem over giving accurate information to Indian government about my health condition, so I prefer to move to another country for undergoing medical treatment, Shekih Zakzaky continued.

Unlike a predetermined plan, Nigerian authorities first intended to transfer him [Sheikh Zakzaky] to another hospital.

“Nigerian officials later provided Indian government with false and incorrect information about my health condition and this issue has disrupted the treatment process,” he added.

Indian physicians told him [Sheikh Zakzaky] that they are not informed of his illness and all medical tests should start from the beginning.

“Moreover, Indian physicians were not even informed of existence of any bullet in my body,” Zakzaky highlighted.

“Indian government gave us a deadline for two hours in order to decide whether to accept hospital terms and condition or to return to Nigeria. So, I disagreed with proposal of Indian physicians and told them that I want to return to my country. Despite elapse of 24 hours, they [Indian physicians] have not still responded to me.”

There are many countries in the world, he said, adding, “if one of these countries accepts our terms and conditions, we will go there to undergo medical treatment.”

It should be noted that senior Muslim cleric Sheikh Ibrahim Zakzaky and his wife arrived in India’s Apollo hospital on Aug. 13 for their medical treatment.