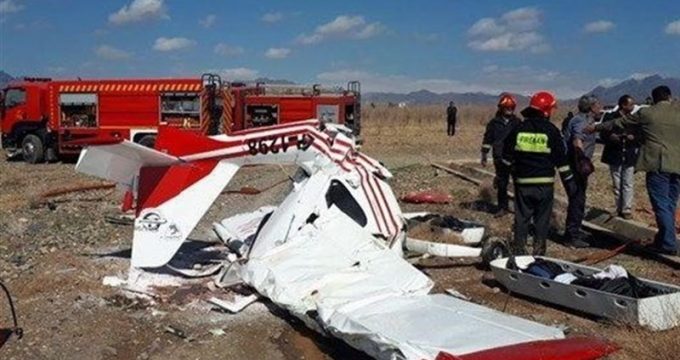 Tasnim – An ultralight training aircraft crashed near Iran’s northern city of Eyvanekey on Thursday, killing the two people on board.

The airport is located near the city of Eyvanekey, 60 kilometers southeast of Tehran.

Speaking to Tasnim, an official with the Red Crescent Society of the province of Semnan said the accident occurred at around 9 am local time, killing a man and a women on board the ultralight aircraft.

The two were reportedly alive after the crash, but apparently failed to get themselves out of the burning plane.