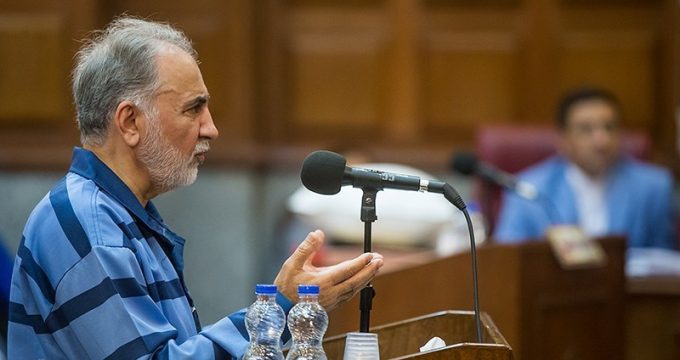 Tehran Times – Mohammad Ali Najafi, a former mayor of Tehran, has been pardoned for killing his wife, Mitra Ostad.

According to ISNA, Masoud Ostad had published a post on Instagram in which he cited a verse from the Holy Quran and announced the pardon.

According to ISNA, the post reads: “We pardoned Mr. Mohammad Ali Najafi and condoned the blood of our beloved. We are happy that we did not do any deal with the blood of that dear one.”

On July 30, Judiciary spokesman Gholam Hossein Esmaeili announced that Najafi had been sentenced to death for murdering his wife.

Speaking at a press conference, Esmaeili said Najafi was convicted of murdering his wife with a handgun.

The sentence was open to appeal.

Najafi, 67, appeared in court on July 13 for the first time to stand trial.

Ostad was found dead at her home in Tehran on May 28 with gunshots in her chest. A few hours later, Najafi surrendered himself to the Criminal Police and confessed to killing his wife, citing family quarrels for the murder.

Najafi, a senior member of the Servants of Construction Party, was elected mayor of Tehran in August 2017, but resigned in April 2018 for what he called poor health conditions.

He had also served as deputy president under Mohammad Khatami and Hassan Rouhani, and as education minister under Ali Akbar Hashemi Rafsanjani.