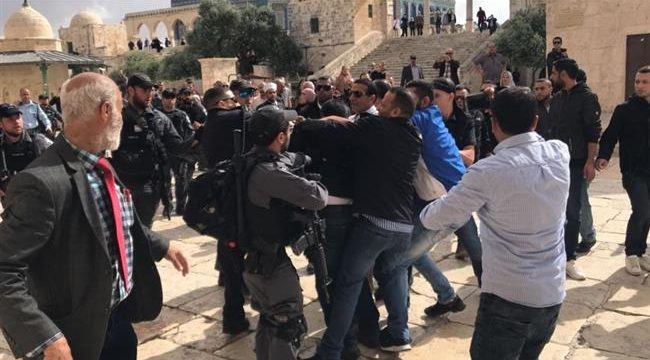 IRNA – The Permanent Secretariat of the International Conference on Supporting Palestinian Intifada in a statement condemned the Israeli attack on prayers in Al-Aqsa Mosque and urged the Islamic parliaments and the UN affiliated bodies including the UNESCO to rally international condemnation of the Israeli leaders for the crimes against humanity they routinely perpetrate in the occupied territories of Palestine.

In its statement, the secretariat vehemently denounced the recent crimes of the Zionist regime in attacking Al-Aqsa Mosque and Dome of the Rock on Eid al-Adha and warned Benjamin Netanyahu and the Zionists that the Muslim World will not permit them to pass Muslims’ redlines which are Al-Aqsa Mosque and Holy Quds.

Despite escalation of Zionists’ aggression, Palestinians will hold the March of Return protests extensively to express their opposition to the so-called Deal of Century and the Zionists’ conspiracy.

They will continue until the full liberation of the occupied territories and forming an independent country, it added.

Netanyahu mistakenly tended to kill Palestinian prayers by the green light of the US and condescension of some Arab countries to put Palestinian nation and the Islamic World in fait accompli.