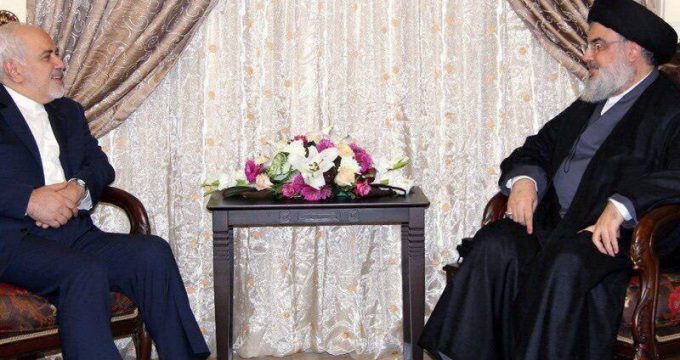 MNA – The Secretary-General of Hezbollah Seyyed Hassan Nasrallah has sent a message to the Iranian Foreign Minister Mohammad Javad Zarif to show solidarity with the Iranian top diplomat against the US sanctions.

In his letter, the leader of the Hezbollah has said that he decided to delay sending the message to Zarif to support him against the recently announced US sanctions until the anniversary of victory of Lebanese resistance movement in the 33-day war with Israel in 2006 on Wednesday, adding that the US failed against the Resistance forces back in 2006, therefore it must know that it will not able to confront with such a big and united country like Iran with its great Leader.

Nasrallah also described Zarif as the voice of the right against ‘Taghut.’

The Hezbollah chief further wished the top Iranian diplomat can still continue defending the deprived and oppressed people in the international community with God Almighty’s help.