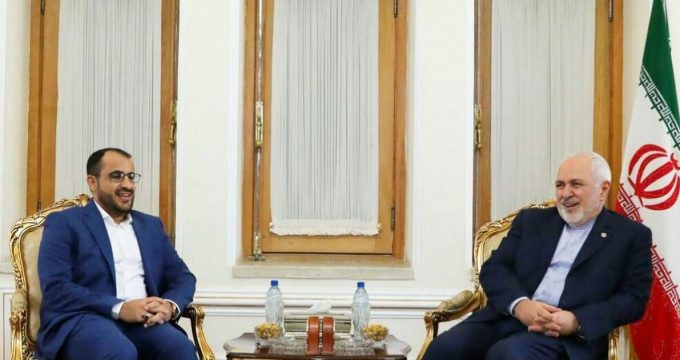 According to a report of Foreign Ministry Media Department on Sunday, Zarif made the remarks in a meeting with Spokesman for Yemeni Ansarallah Mohammed Abdul Salam.

Mohammed Abdul Salam conveyed greetings and appreciation of Yemeni Ansarallah Leader Abdul Malik al-Houthi for Foreign Minister Zarif and for his message of condolences for martyrdom of his brother Ebrahim Badreddin al-Houthi.