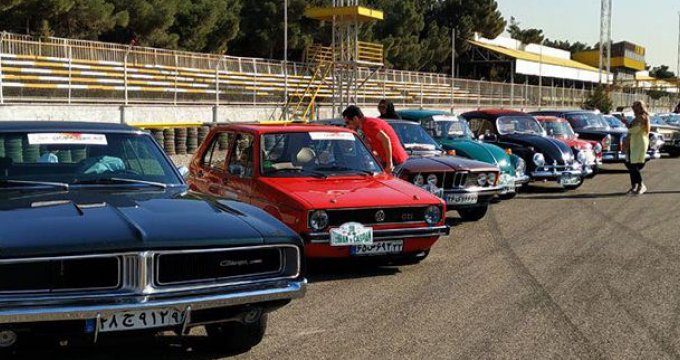 Vintage cars to drive around Tehran on Wed.

MNA – As many as 60 vintage cars will be taking part in a urban tour rally around Tehran on August 14, according to an official at the Touring & Automobile Club of the Islamic Republic of Iran.

Ardeshir Darvishi, an official at the Touring & Automobile Club of the Islamic Republic of Iran, said Sunday that as many as 60 Iranian or foreign vintage cars will be taking part in a rally around Tehran on Wednesday.

Darvishi maintained that the aim of the tour is to protect vintage cars in the capital.

The tour will begin at Niavaran Complex in northern Tehran, and continue through major highways to make a stop at the Cultural Heritage, Handicrafts and Tourism Organization near Azadi Tower. The tour will wrap up on the premises of the National Museum of Iran in downtown Tehran.

Touring & Automobile Club of the Islamic Republic of Iran is an institution at the vice presidency and the Cultural Heritage, Handicrafts and Tourism Organization. It is related to the tourism industry, and its tasks includes facilitating the travel of owners of vehicles abroad or foreign tourists who are traveling to Iran by their own vehicles. The institution also helps develop tourism through establishing tourism information offices at home and abroad, as well as developing infrastructures and tourism services.