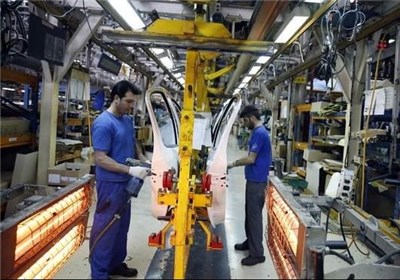 By establishing automotive parts production sites, “we will be able to sidestep and circumvent sanctions imposed by US against Iran’s automotive industry.”

He made the remarks in his weekly press briefing on Sat. and pointed to the negative impact caused by US sanctions on Iranian economy and added, “under such circumstances, a number of domestic automakers and parts manufacturers could reduce the negative repercussions and impacts of US sanctions on Iran’s automotive industry using cutting-edge technical knowhow and knowledge.”

In this respect, many automakers and parts manufacturers could adopt accurate decision in line with maintaining their export share in the global market, he emphasized.

Elsewhere in his remarks, Samadi called on industrialists and industrial managers of the country to take effective steps in order to change and promote conditions and added, “this is the first step that should be taken into serious consideration during and after sanctions, so that we have tried to put construction of independent parts-manufacturing sites in other countries atop agenda.”