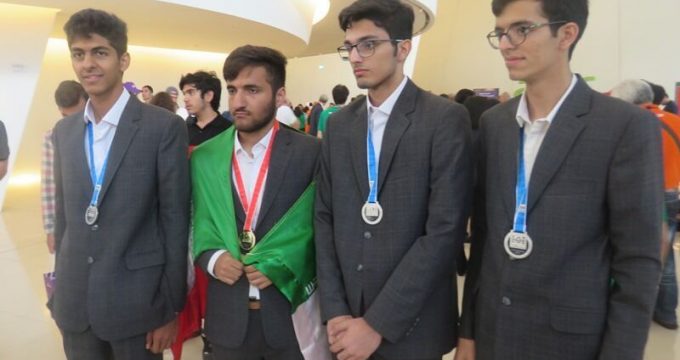 The International Olympiad of Informatics (IOI) was held with the attendance of over 600 students, teachers and experts from 88 countries on August 5 – 10.

Iranian squad received 1 gold and 3 silver medals and stood on the 4th position after US, Russia and China.

Speaking to IRNA, head of Iranian team Mohammad Ali Abam said the average ranking of Iran has been 6th over the last eight years.

He added that ten Iranian participants were also invited to the scientific committee for designing and preparing questions.

Iran has so far received 24 gold, 57 silver and 23 bronze medals in the competitions.

The International Olympiad in Informatics (IOI) is an annual competitive programming competition for secondary school students.

It is the second largest Olympiad, after International Mathematical Olympiad, in terms of number of participating countries (83 at IOI 2017). The first IOI was held in 1989 in Pravetz, Bulgaria.

The contest consists of two days of computer programming and problem-solving of algorithmic nature. To deal with problems involving very large amounts of data, it is necessary to have not only programmers, “but also creative coders, who can dream up what it is that the programmers need to tell the computer to do.