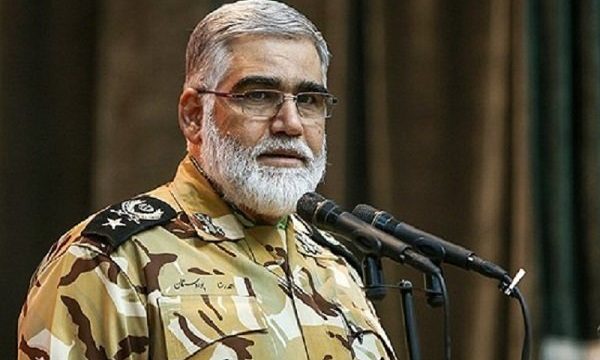 MNA – The Head of Iranian Army’s Strategic Studies Center Brigadier General Pourdastan has said that only a few countries have agreed to the US attempt to form a so-called maritime coalition in the Persian Gulf.

Speaking on the sidelines of the 20th nationwide annual meeting of the Union of Independent Islamic Associations of Students, Brigadier General Ahmadreza Pourdastan said that in his center, every movement in the air, on the land and in the sea, be it inside or outside Iran’s territory, even beyond the region is assessed and appropriate defense capabilities are applied for it.

The Iranian military official also referred to the US attempt to form a maritime coalition in the Persian Gulf, mocking the US planned global coalition for being accepted only by one or two countries.

He said that the US attempt to form the coalition is doomed to failure.

He further noted that while the Islamic Republic of Iran is getting stronger day by day, America is in decline. He wished to see the collapse of America in the near future.