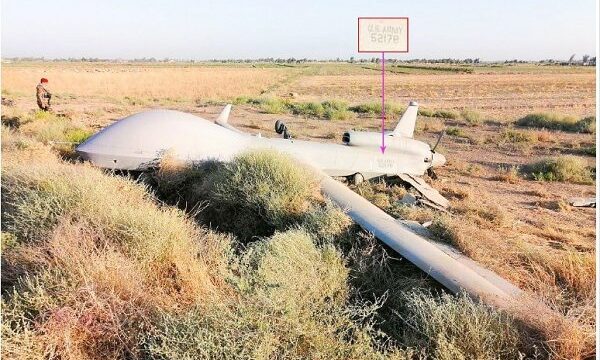 US drone crashes near Baghdad: Report

The news outlet quotes some sources as saying that a US spy drone, numbered 52187, has crashed in Radwaniyah region, north of Baghdad.

The report says that the drone’s body has not suffered major damages and that it may have been downed as a result of hacking or interception. The drone has reportedly been handed to an Iraqi side.

US and Iraqi officials have not yet reacted to this report.