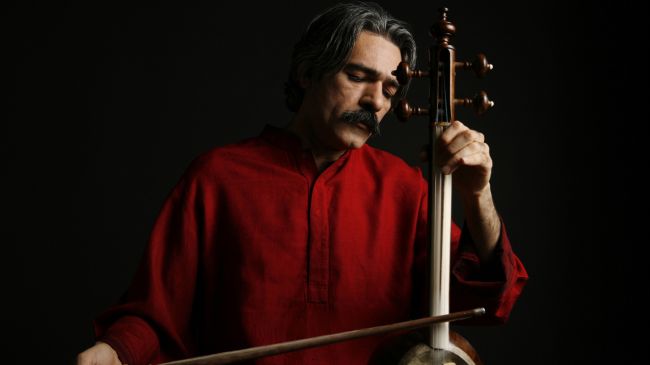 WOMEX in a statement noted that for the mastery and virtuosity of the kamancheh, for the ceaseless innovation and collaboration to create exciting new musical languages and for bringing the Persian classical music tradition to the ears of people all over the world, Piranha Arts, the organizers of WOMEX, are delighted to present the WOMEX Artist Award 2019 to Kayhan Kalhor.

Receiving the prestigious award at the 25th jubilee edition of WOMEX in Tampere, Finland, on Sunday 27 October, Kayhan Kalhor will perform as a duo together with Erdal Erzincan on bağlama in what will be the final concert of WOMEX 19.

For Kayhan Kalhor, the kamancheh is his voice. When he plays, he creates whole languages in which to communicate with people from all over the world, from centuries past and far into the future. Throughout his career, Kayhan Kalhor has worked with the best musicians from across Iran and studied the folk music of Kurdistan and Khorasan, allowing all of these voices to permeate his own sound, the statement went on to say.

On the international scene, Kalhor is most well-known for his world-spanning collaborations. From Shujaat Khan, Yo-Yo Ma, Erdal Erzincan and Toumani Diabaté, to the Kronos Quartet (recipient of WOMEX Artist Award 2018), Brooklyn Rider and the Rembrandt Frerichs Trio, Kalhor’s musical partnerships are many and the results are invariably world-class.

On confirming his attendance to receive the WOMEX Artist Award 2019, Kayhan Kalhor shared,

“Receiving the WOMEX Artist Award means so much to me. The award is recognition of the rich culture of my homeland Iran and an ageless Persian art that thrives and is beloved throughout the world. As forces arise across the globe and push for divisiveness, borders and intolerance, music brings us together and reminds us of our common humanity. As a citizen of the world, I am humbled by this recognition and stand with artists whose music fosters unity.”

The WOMEX 19 closing ceremony will also celebrate the Award for Professional Excellence and the annual Label Award, both of which are yet to be announced.

WOMEX (short for World Music Expo) is an international world music support and development project based in Berlin, whose main event is an exposition held annually in different locations throughout Europe. It integrates a trade fair, showcases, conferences, film screenings, networking sessions, and awards. Musicians and their labels have the possibility to make contacts for international touring and album distribution.