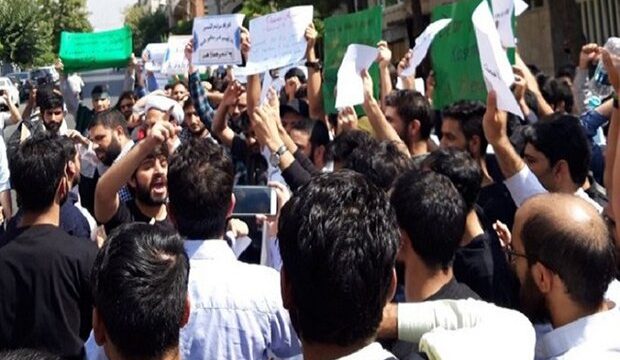 MNA – Iranian students held a demonstration in front of the Indian Embassy in Tehran on Thursday in protest of India’s recent decision to remove a constitutional provision that granted special status to the majority-Muslim Kashmir.

The protesters held up placards and chanted slogans calling on the international community to address the plight of Kashmiri Muslims, who have felt the brunt of Indo-Pakistan hostilities for three decades, Press TV reported.

Tensions have been running high in Kashmir since Monday, when New Delhi revoked Article 370, a constitutional provision that had come into effect in 1949 and grants special status to Kashmir, allowing it to have its own flag and constitution, among other rights.

In the lead-up to the move, India sent thousands of additional troops to the disputed region, imposing a curfew on parts of it, arrested political leaders and shut down telecommunication lines.